"Dancing with the Stars" hunk Maksim Chmerkovskiy has got himself a new fiancee! 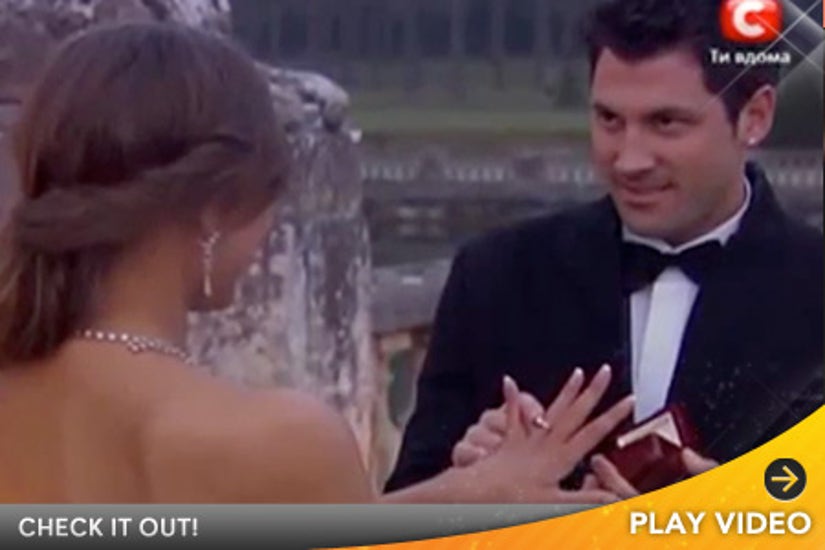 The reality TV star's run on a Ukrainian version of "The Bachelor" concluded last night -- and we've got the video of him proposing to one of the contestants ... we think.

We don't speak Ukrainian, so your guess is as good as ours -- but there's a ring involved and a lot of kissing.

Since the episode was filmed months ago, there's no word on if they're actually still together but photos from over weekend seemed to suggest he was kissing his "Dancing" co-star Cheryl Burke.

Maksim was previously engaged to another co-star, Karina Smirnoff.