The 2011 MTV Movie Awards were filled with several shocking moments, and we got all them here on TooFab!

Host Jason Sudeikis opened with a slew of Arnold Schwarzenegger jokes, most of which were too raunchy to be posted here, but one of them inferred that the entire balcony audience was fathered by the former governor.

"Friends With Benefits" costars Mila Kunis and Justin Timberlake continued the PG-rated tone, grabbing each other's private parts while presenting the Best Male Performance award to Robert Pattinson. Check out all the photos below: 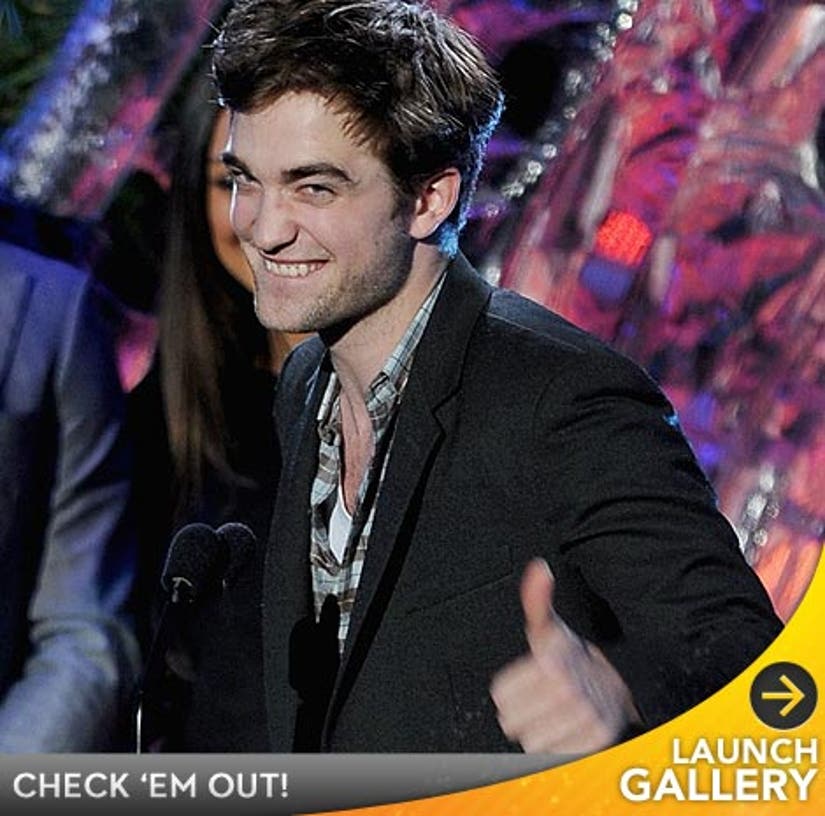 The Best Jaw Dropping Moment went to Justin Bieber, who surprised the audience by accepting his award on stage.

The cast of "Transformers: Dark of the Moon" presented RPatz with his second award of the night for Best Fight Award for his scene with Bryce Dallas Howard and Xavier Samuel.

Blake Lively and Ryan Reynolds presented the Best Kiss Award, which of course went to Pattinson and Kristen Stewart, but instead of kissing each other, Pattinson ran into the audience and passionately kissed Taylor Lautner.

Minutes later, Pattinson was joined on stage by Chelsea Handler and Patrick Dempsey to present Reese Witherspoon with the Generation Award. Pattinson let an f-bomb slip past the censors, while Witherspoon's were caught. She also dissed headline-makers like Kim Kardashian, Paris Hilton, and Blake Lively by saying girls don't need a reality show, sex tape, or nude pics to be successful.

With all the cussing on camera, it was slightly embarrassing when 7-year-old Alexys Nycole Sanchez of "Grown Ups" picked up the Best Line From a Movie award.

In the biggest WTF moment of the evening, Gary Busey presented the Best Movie Award to "The Twilight Saga: Eclipse" cast ... from inside an inflatable ball.

Plus for more on many of the movies featured on tonight's broadcast, like "Captain America" and "Transformers," head over to our Summer Movie Guide here.