Looks like "Harry Potter' star Emma Watson could use a magic love potion in her real life.

The actress, 21, revealed to Sunday Times Style Magazine that she hasn't had much luck in the dating department (she previously dated financier Jay Barrymore and rocker George Craig).

"I say to my friends, 'Why hasn't X called me? Why doesn't anyone ever pursue me?' They're like, 'Probably because they're intimidated.' It must be the fame wall," she said. "It must be the circus that goes around me. Me, as a person, I find it hard to believe I would be intimidating."

Another thing Watson found hard to believe were the stories saying she left Brown due to bullying.

"It made me so sad when all this stuff came out that I left Brown because I was being bullied," Watson admitted. "It made no sense at all. Brown has been the opposite."

Despite being one of the most famous faces in the world, she had a relatively normal college experience at the Ivy League university. "I've never even been asked for an autograph on campus. I threw a party for nearly 100 students and not a single person put a photo on Facebook," she said.

"Anyway, even if I was being given a hard time, I wasn't going to wuss out of university because someone said 'Wingardium leviosa' to me in a corridor, or 'Ten points for Gryffindor.' I've been dealing with the media since I was nine," Watson continued. "If I can't stand up to a few people giving me a hard time, it's a bit pathetic, really. I've had so much worse."

See photos of Watson growing up in the spotlight. 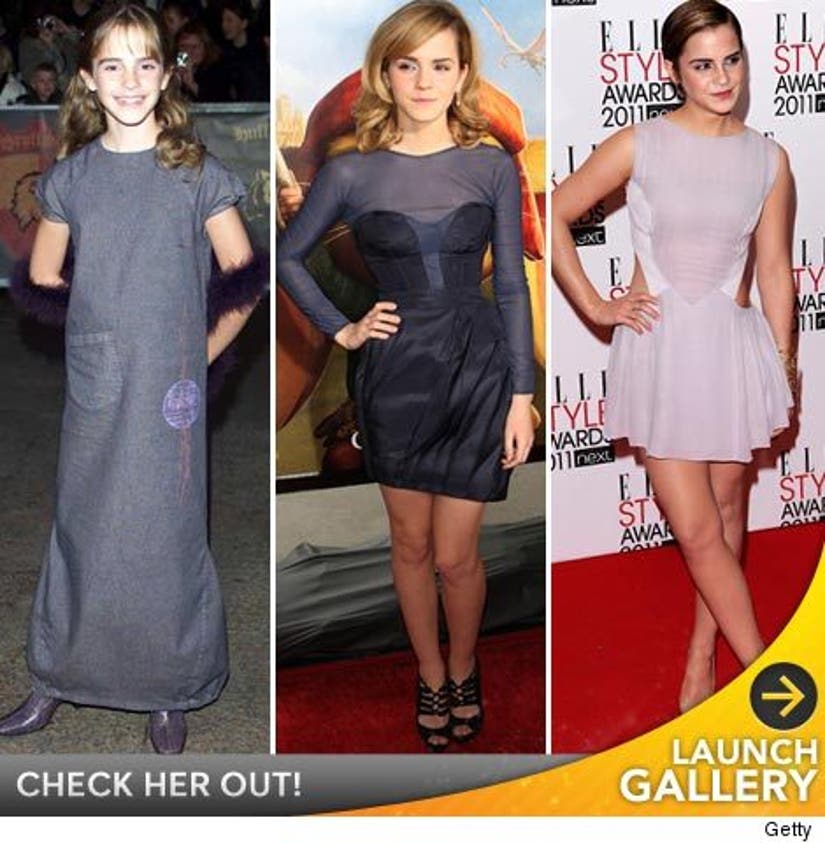 Ultimately, it Watson's extracurricular career (as an actress and model) that forced her to drop out. "I wanted to pretend I wasn't as famous as I was. I was trying to seek out normality, but I kind of have to accept who I am, the position I'm in and what happened."

It's a bit of a depressing statement for someone so young, but we can't blame her and wish her all the success, both professionally and personally.

Tell us, would you give up a normal life for all of Emma Watson's fame and fortune? Sound off in the comments below!