Brooke Shields made a brief appearance during the opening number at the Tony Awards last night -- and while she was on screen for less than 50 seconds, she managed to mess up her lines twice in that short time!

While trying to sing a line referencing the Anthony Weiner scandal during the show's big opening number, Brooke forgot her lyrics -- and only got them right after someone handed her a card with the words on them.

The opener wasn't her only flub of the night. Later when she went on stage to present an award, Shields cursed while talking about her earlier mix-up -- saying "I thought they'd edit it, then I realized, 'Oh s**t. It's live.'"

Another highlight included a duet between Neil Patrick Harris and Hugh Jackman -- dueling over hosting duties:

Check out the video above.

Plus, check out all the fabulous red carpet photos. 57-year-old Christie Brinkley upstaged many of the other attendees, including her 25-year-old daughter Alexa Ray Joel, in a stunning blue dress and bouffant hair. Veteran actresses Marg Helgenberger and Edie Falco were sophisticated and sexy in black. See them below: 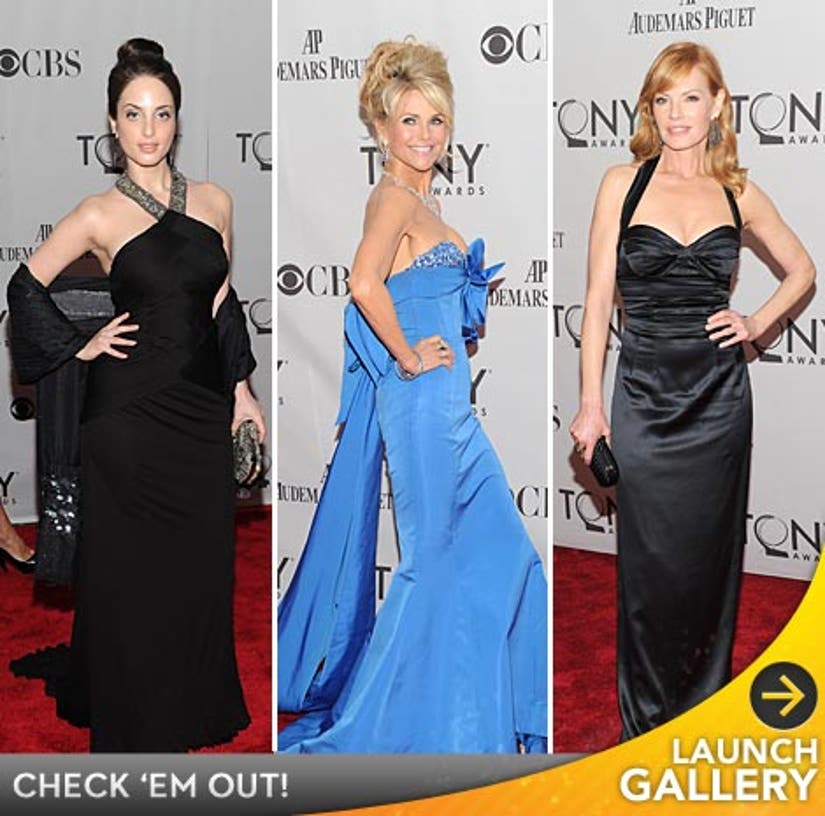