Now, Tobey Maguire is joining their ranks as a male model. The "Spider-Man" actor is the face of Prada's Fall/Winter 2011 men's campaign. Check out his shots below: 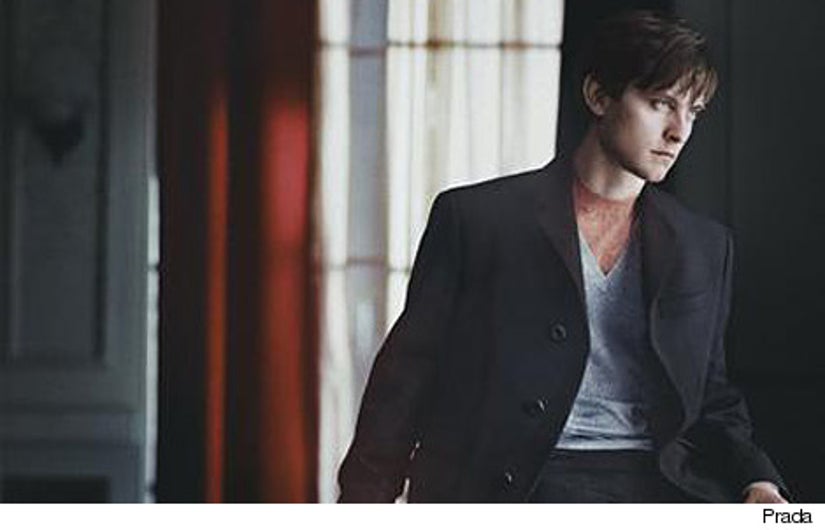 Maguire's an interesting choice. Many would say he lacks Beckham's sex appeal, McConaughey's good looks, or Lutz's physicality. At 5'9", he shorter than most female models.

But designer Miuccia Prada clearly sees something in the actor. "His mood is transfixed and pensive, full of vibrant intensity and mystery," she says of her new spokesmodel. Judging by the intense look from his blue eyes, she may be right.

"A great supporter of the Arts, Miuccia Prada has inspired a culture of creativity that is woven through every aspect of her company, from her collections, her campaigns, to every design detail in her stores," Maguire says in the release. "I have such admiration for herartistry and I'm thrilled to be a part of Prada's fall campaign."

Do you think Maguire makes a good model? Sound off in the comments below!