Nicole Scherzinger made her public debut as an "X Factor" judge during the show's Miami auditions yesterday.

She replaced Cheryl Cole, who was dropped from the show due to unspecified reasons -- though it was been reported Cole's thick accent (TooFab was among the first to point out it would be a problem with American viewers) and lack of chemistry with fellow judge Paula Abdul were issues.

Scherzinger, who previously served as the show's host, arrived in a plunging coral top and body-hugging purple miniskirt. Her color block style and palette immediately evoked what her predecessor Cole wore to the first "X Factor" auditions in L.A. Compare the two looks below: 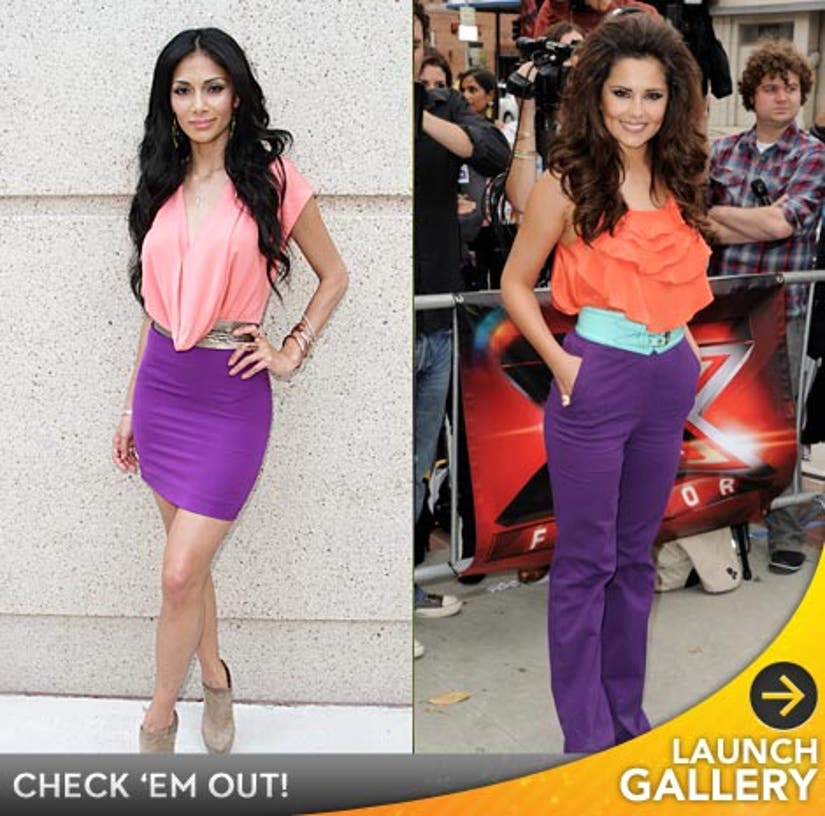 Not only did Nicole beat Cheryl out of her job, she's the clear winner style-wise. Cole is undoubtedly beautiful, but her big hair and long high-waisted pants didn't do her any justice. Scherzinger is chic and confident, while Cole looks out of place.

While we're not in love with the orange and purple color scheme that is all the rage in Hollywood (click through the gallery to see even more celebs in the color combo), Nicole's coral top is far less jarring.

Take heed. If you want to make a statement on the first day of the job, wear an outfit that turns heads and makes you look better than your predecessor.

Reports from inside the auditions said the former Pussycat Doll fit right in on the judging panel with Abdul, Simon Cowell, and L.A. Reid.

Who do you think looked better? Sound off in the comments below.