Campanella, who moved to L.A. from New Jersey, told host Giuliana Rancic during the pageant that she's "obsessed with the Stuart and Tudor era" and is a fan of shows like "Camelot" and "Game of Thrones" as well as "Star Wars " -- adding that she's a "huge history geek."

After strutting across the stage in a blue bikini and a turquoise Sherri Hill evening gown, Alyssa made the final four -- where she had to answer a question about legalizing marijuana.

"I'm not sure if it should be legalized, if it would really affect, with the drug war," she said. "I mean, it's abused today, unfortunately, so that's the only reason why I would kind of be a little bit against it, but medically it's OK."

That answer was good enough for the judges, as Campanella got the crown -- and beat out her "best friend," Miss Tennessee Ashley Durham, who got first runner-up. Watch the coronation below: 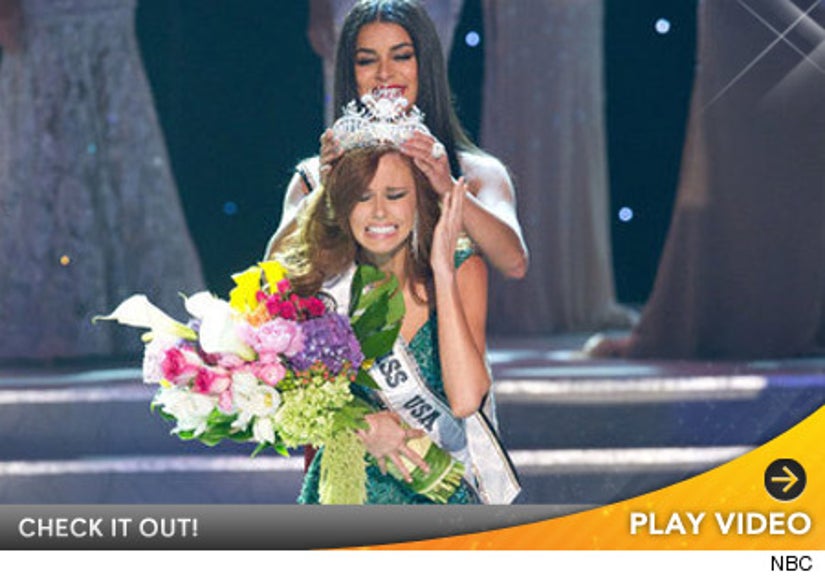 After the pageant, all the ladies went to an after-party at Chateau Nightclub -- where they celebrated with Miss USA 2010 Rima Fakih, Lil Jon and 98 Degrees star Jeff Timmons.

The Miss Universe pageant is scheduled for Sept. 12 in Sao Paolo, Brazil.