Two "True Blood" hunks are featured in two different shirtless photo shoots this week -- and we want to know which supernatural stud you'd rather have a late-night snack with! 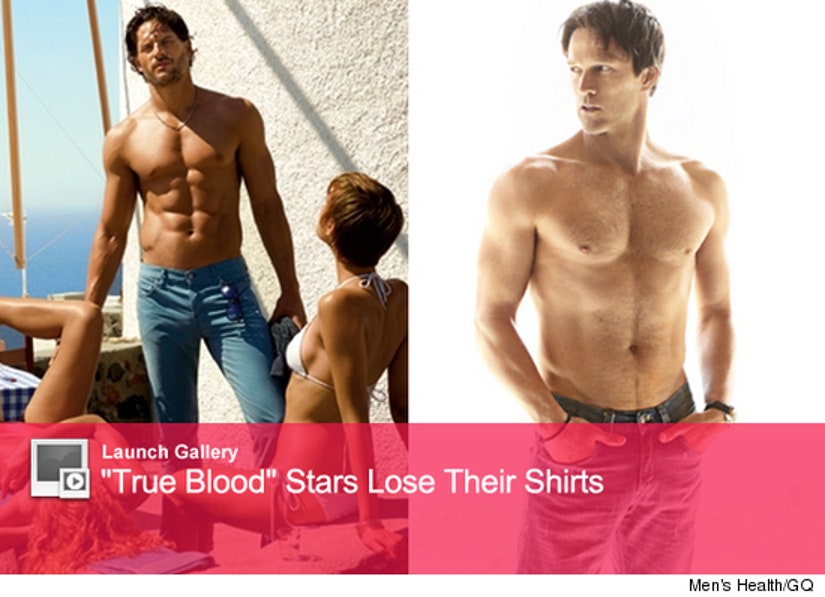 Stephen Moyer ("Bill Compton") shows off his fit physique in a photo from the July/August issue of Men's Health (on newsstands June 28), where he credits his trainer for his hot bod.

"I find that I don't go at it if I don't have someone making me. You'd be amazed at how quickly I let it all go," says Stephen. “I think half of what a trainer does is make you feel shame if you don't show up.”

Moyer isn't the only one shedding his shirt though -- as Joe Manganiello ("Alcide Havreaux") popped up yesterday in all his smooth, sculpted glory for the new GQ.

Check out the guys' shoots above, then vote below:

For more "True Blood," check out our gallery from last night's premiere.