Emma Stone says she hit "rock bottom" in her career in 2006 -- and it's all Hayden Panettiere's fault.

The sometimes-blonde actress shows off her bikini body in the new issue of Vanity Fair, where she opens up about dropping out of high school and one self-esteem crushing audition. 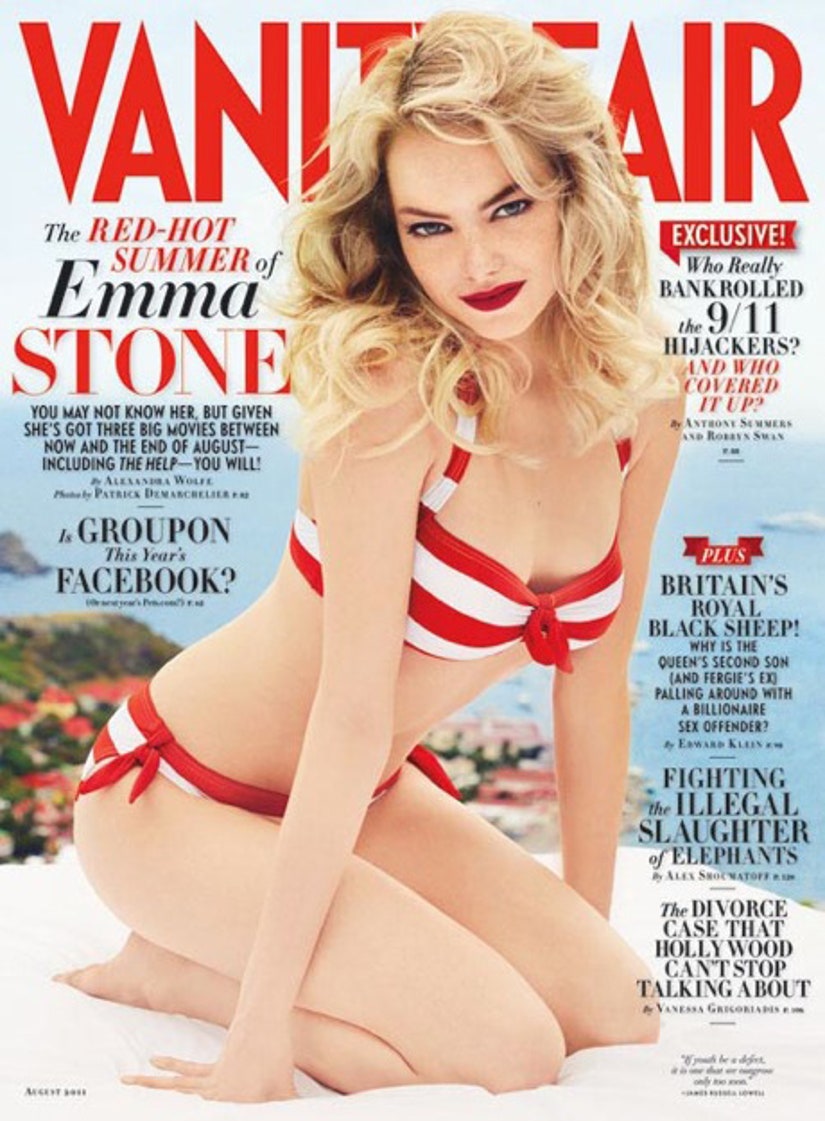 As for her lowest moment in Hollywood, Stone says it was her audition for cheerleader Claire Bennett in NBC's "Heroes."

“I could hear that, in the other room, a girl had just gone in and they were saying, 'You are our pick … On a scale of 1 to 10 you're an 11,'” Stone says. That girl was Hayden Panettiere.

“I went home and just had this meltdown,” she says, calling the experience “rock bottom.”

Emma's doing pretty good these days though -- starring in upcoming flicks "The Amazing Spider-Man," "The Help" and "Crazy Stupid Love."

Check out a video of her Vanity Fair shoot below: