Shia LaBeouf admitted there was more than meets the eye between him and Megan Fox while filming the "Transformers" movies -- and told Details magazine the two hooked-up off-set!

While we haven't heard Megan's side of the story yet, a ton of celebrity hook-ups started on the set -- including Brad Pitt and Angelina Jolie, Blake Lively and Penn Badgley, Ryan Gosling & Rachel McAdams and many more. 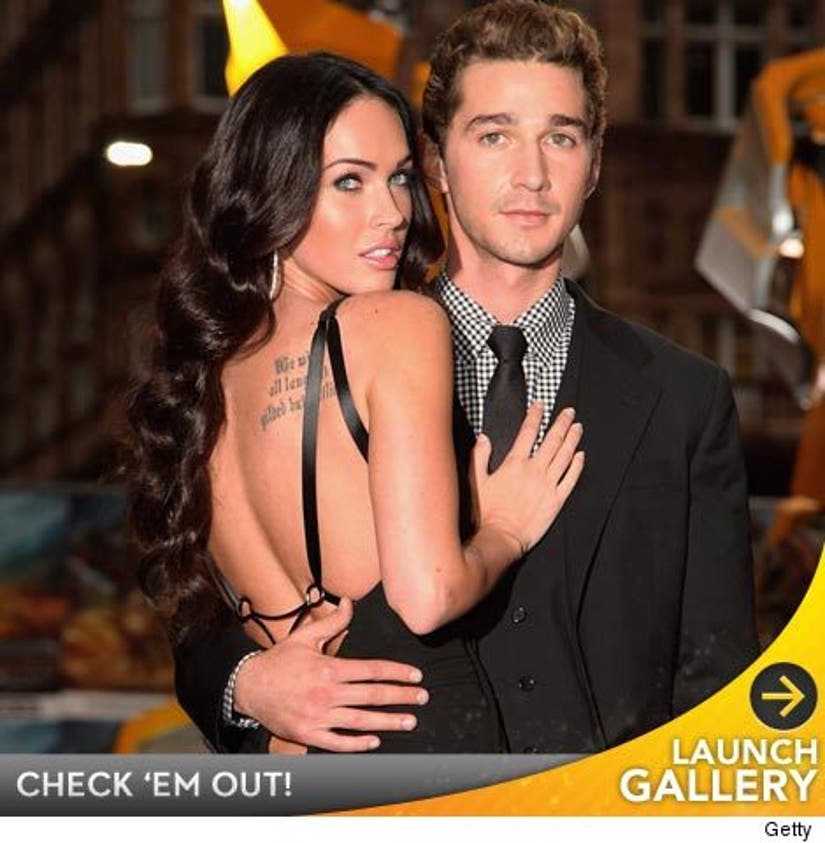 Check out the gallery above to see who else have made their on-screen romances an off-screen reality!

Fore more Shia, check back at TooFab.com today around 2:30pm PT -- where we'll be live streaming the NY premiere of "Transformers: Dark of the Moon."

Maybe they'll ask him about Megan!