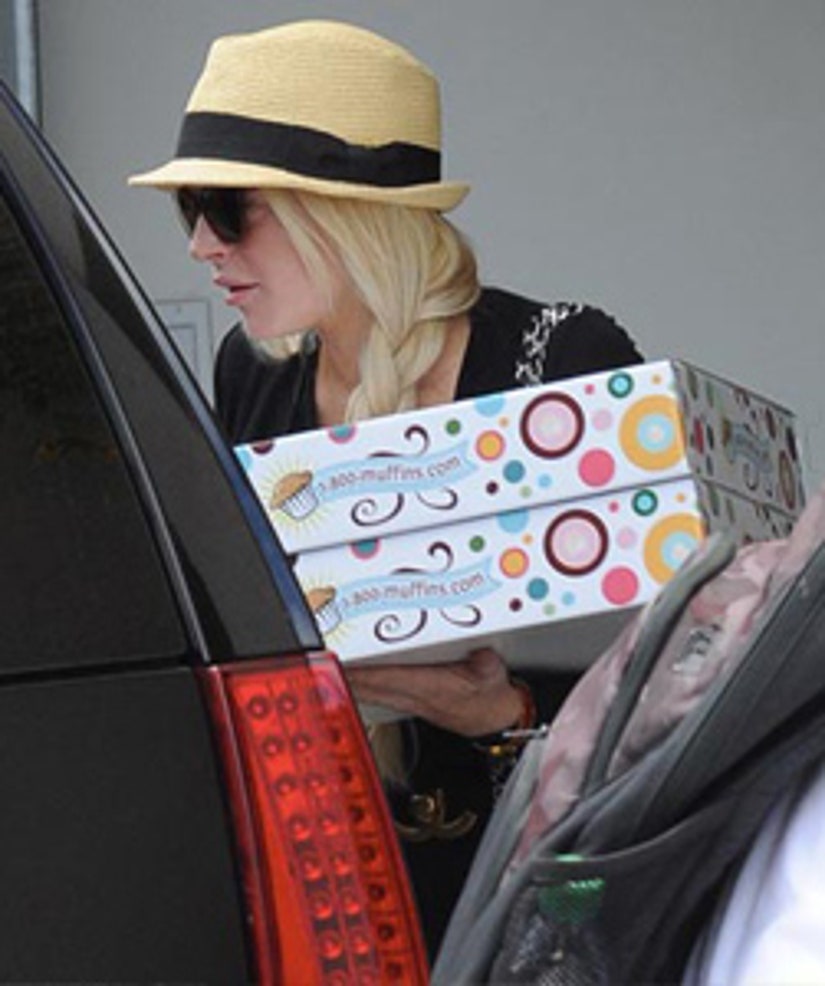 The actress -- whose 35-day house arrest ended earlier that morning -- hand delivered muffins from 1-800-MUFFINS to the center's residents.

While she was under house arrest, she received the muffins as a gift, and got hooked.

1-800-MUFFINS is owned by former "Apprentice" star Bradford Cohen and his partners Hillel Presser and Ron D'Ambrosio. "They were a gift during her home confinement from family and decided to order a ton more for herself and as gifts to others," they said.

A dozen muffins retail for approximately $43 plus shipping. The come with fun names like "Me So Corny" (corn muffins), "Coco Loco" (pineapple coconut glaze), and "Rumble in the Jungle" (chocolate chip banana).