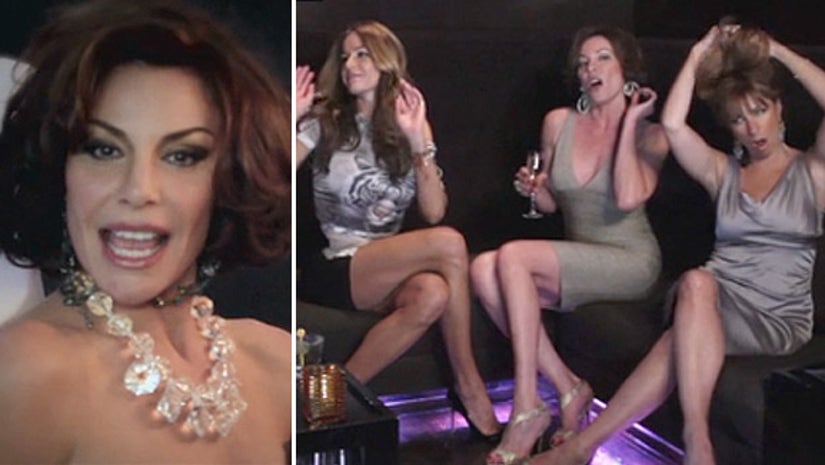 The video, shot at The Borgota hotel and casino in Atlantic City, features appearances by two of her Bravo TV show co-stars, Kelly Bensimon and Jill Zarin, who can be see dancing and lounging with the Countess.

Though the other "Housewives" are all named in the song, they chose not to appear in the video -- LuAnn telling Life&Style they didn't come because "they didn't think it was appropriate."