Paris and Nicky Hilton may live the glamorous life, but that wasn't the case growing up.

In an exclusive interview with TooFab, matriarch Kathy Hilton says Paris, Nicky, and their younger brothers earned their allowance by doing chores, just like any other kid.

It's hard to imagine Paris, who's reportedly worth a billion dollars, cleaning out fish bowls for a few bucks, but that's exactly what she did. She also had to feed the cat.

"My children were not overly spoiled," Kathy told TooFab's Lawrence Yee. "They had to make their beds. They had to line up their shoes." See more family photos below. 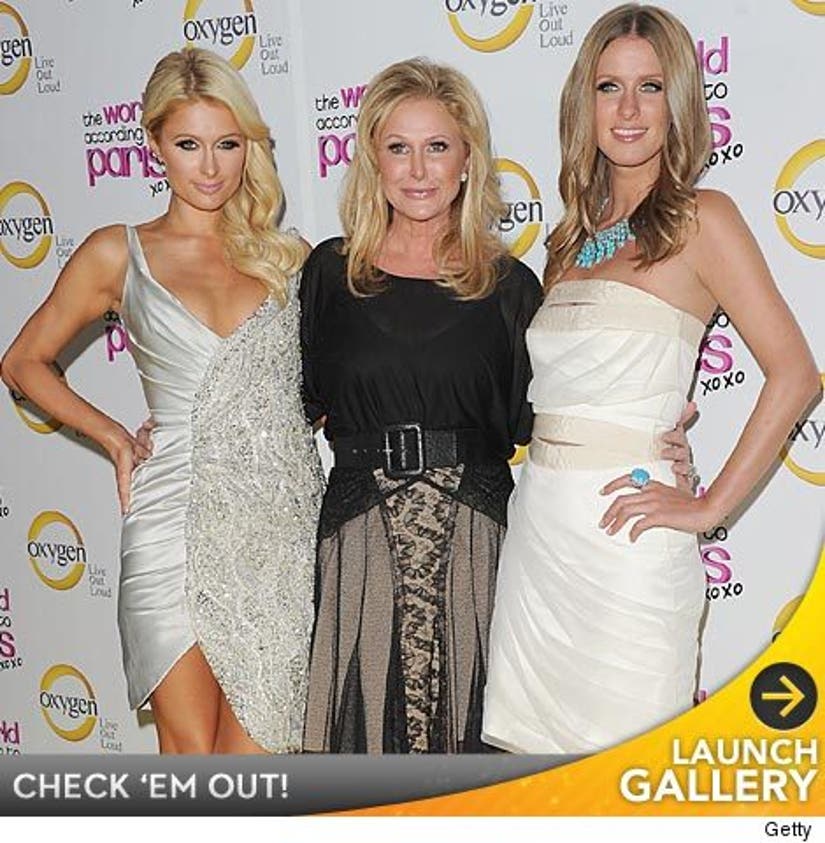 They were also the last among their friends to get cellular phones, and they were only out of necessity and safety, Kathy added.

Mrs. Hilton also talked about life in front of the camera. She's part of Paris' new reality show "The World According to Paris" airing Wednesdays on Oxygen. When asked about how she's portrayed on the small screen, Kathy replied, "I'm being real. I'm being myself. I'm not dressed up all the time. I've opened up my house, which I have never done."

That doesn't mean she's not conscious of the cameras. "Paris and I have a nickname for the microphone -- 'Michael,'" Kathy explained. "Sometimes we have to remind each other, 'There's Michael!"

Filming "The World According to Paris" has been a lot of fun. "There's a lot of comedy, a lot of heart, a lot of soul," Kathy says. Last week, costar Brooke Mueller (Charlie Sheen's ex) stopped by the Hilton home to watch the episode where they made prank calls -- the first she's seen. "She wanted to stay up and watch all the [other] episodes!" Hilton explained.

Hilton is heading to the Hamptons, where she plans to spend the summer camera-free. One thing's for sure ... if Paris visits, she'll still have to unload groceries.