Bad news, Gleeks -- because next season, there's one New Directions singer you won't be seeing too much of. 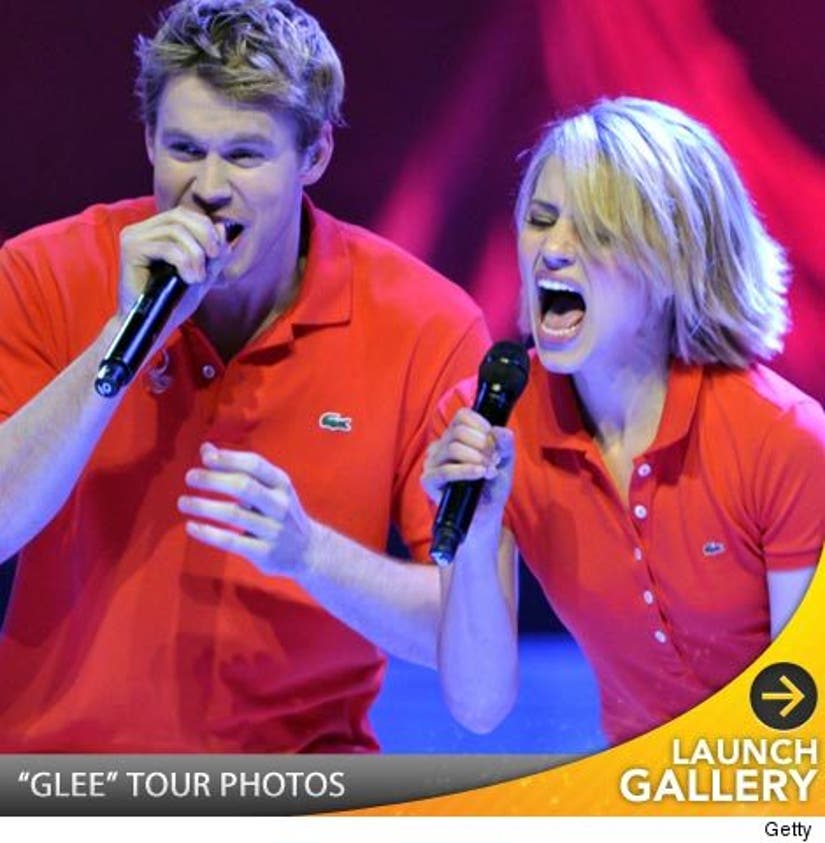 Chord Overstreet, who played transfer student Sam Evans on the show, did not have his option picked up by show creator Ryan Murphy, according to TV Line. They report he could still appear as a "an occasional guest star."

Perhaps in response to the news, Chord tweeted yesterday "It's been a good year. Too bad it's over. Time for summer and starting fresh.” He's currently touring with the cast -- see more photos above.

In other, happier, casting news, Darren Criss and Harry Shum Jr. both got bumped up to full-time series regulars starting in the fall.

We'll miss Chord ... and so will Amber Riley's Mercedes, who finally got her first boyfriend on the show when she started dating him in the season finale.