Even Price William has his flaws.

William and Kate Middleton continued their tour of Canada today -- and today William took time from their hectic schedule to play a little street hockey with the locals of Yellowknife. 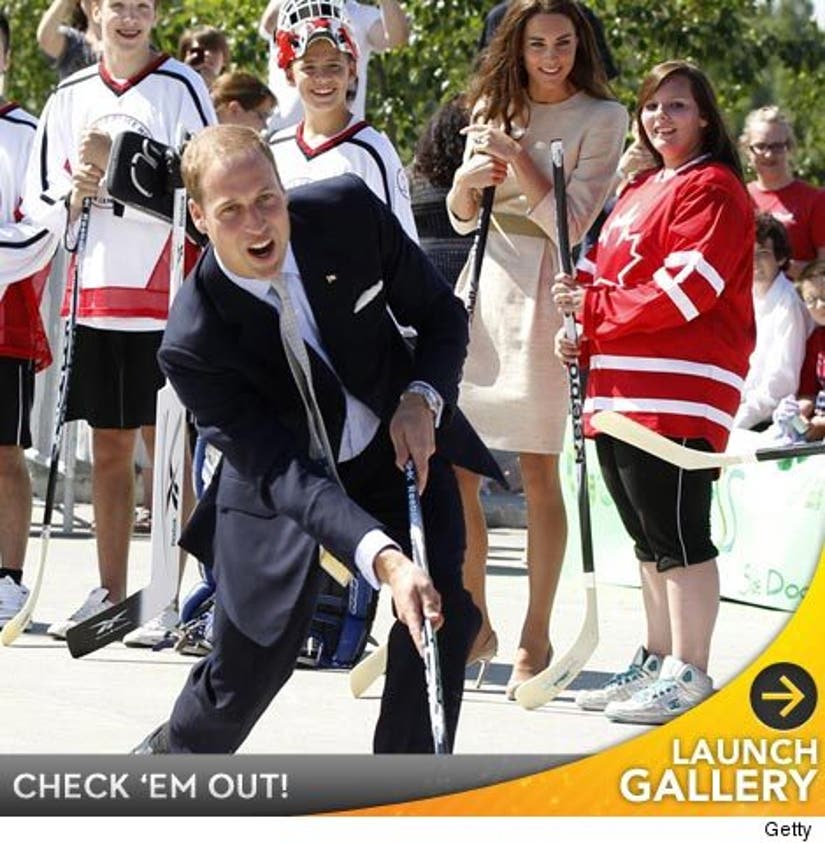 According to local news reports, Kate's royal hubby took three shots against 6'3" goalie Calvin Lomen -- and didn't score once! The prince even tried faking the goalie out once ... and instead missed the goal completely.

Though the two were given hockey jerseys, Kate stayed in her Malene Birger dress and L.K. Bennett stilettos and William kept on his suit.