It was a family fun day for half of the Kardashian clan yesterday -- as the fam hit up Universal Studios Hollywood!

Before getting to the park, Khloe tweeted " So excited the fam and I are going to Universal today!!! I hope they have some water rides" -- and it wasn't long until her hopes were answered, as the group was seen getting wet on Jurassic Park, though they covered up a bit with ponchos.

The gang arrived in style to the park, taking a pimped out party bus -- as seen in another of Khloe's tweets: 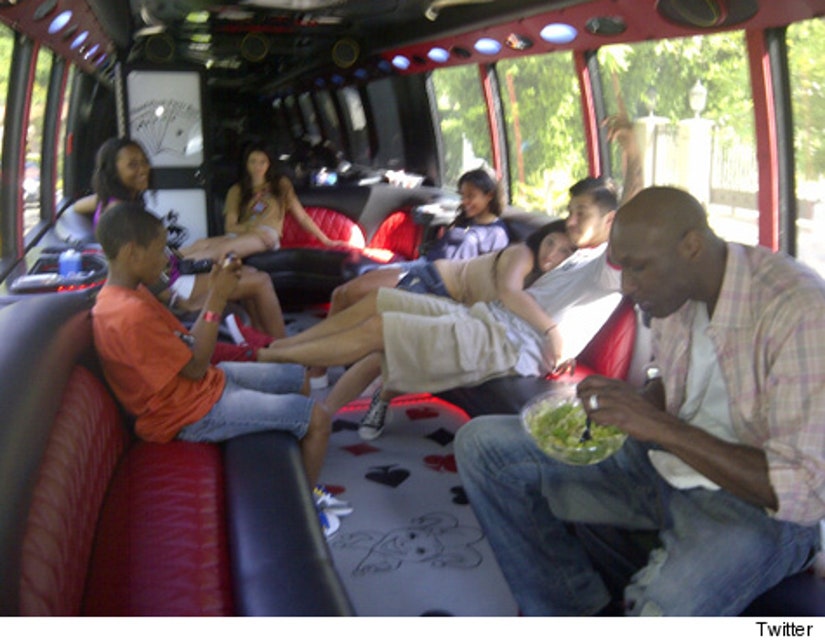 Looked like a great day, and Khloe was definitely pleased, tweeting after "We just had the BEST time at Universal City park! Family is the GREATEST gift! #Memories."

Check out the park pics!