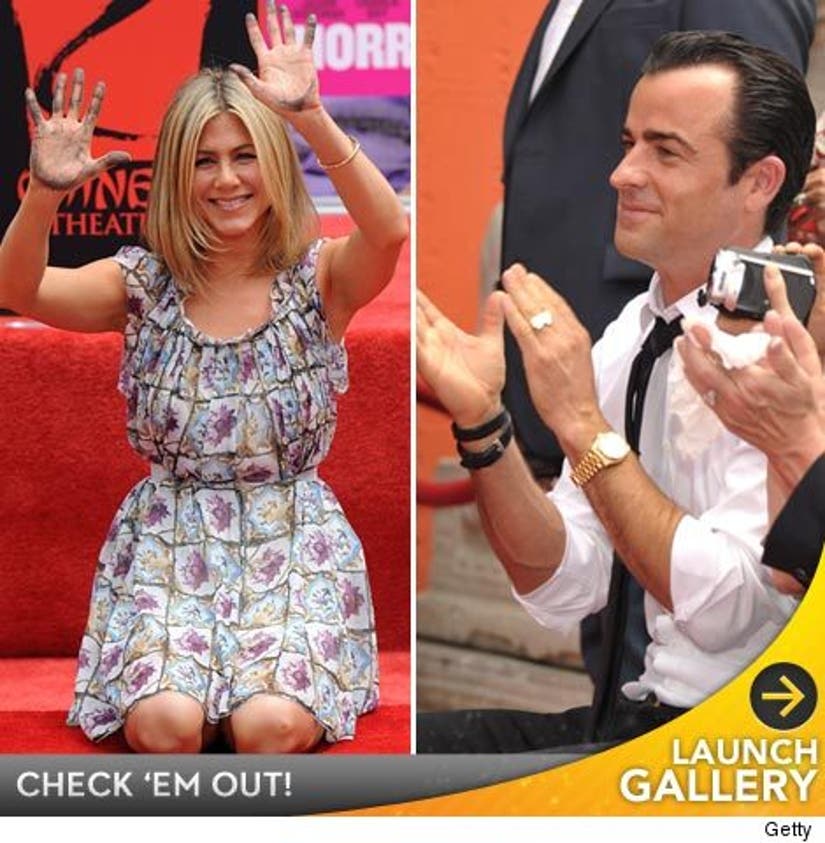 Justin was spotted laughing like crazy as Aniston had her hand and footprints immortalized in front of the Hollywood tourist trap.

This is one of the few, rare public appearances the two have made together since they started dating, and though Justin was by her side at a recent MTV bash, Jen attended her "Horrible Bosses" premiere last week solo.

Check out all the cement shots!