Justin Timberlake shared a really embarrassing story with the new issue of Elle -- describing how his mom once walked in on him while he was getting intimate with a lady friend! 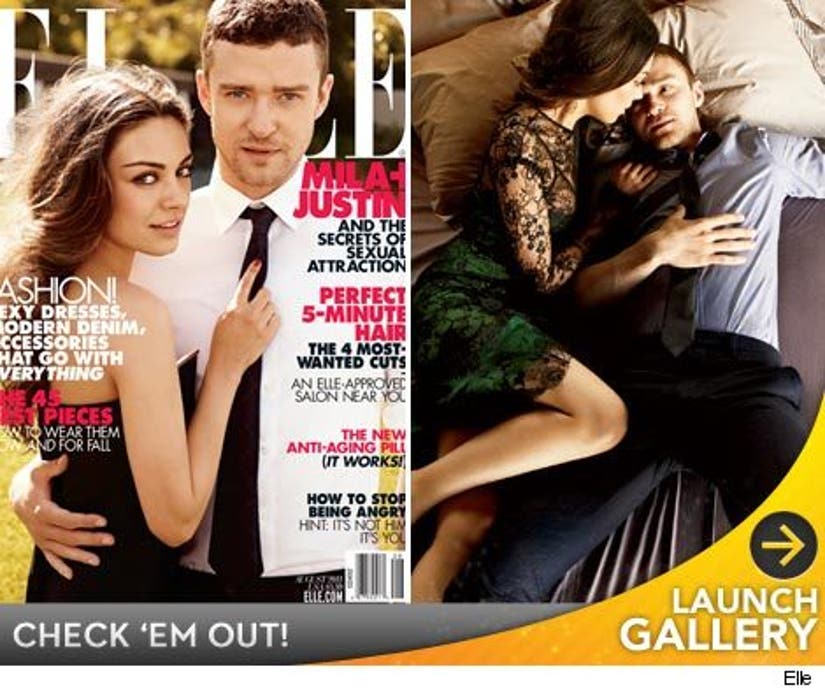 "I was caught one time," JT reveals in the magazine's August issue. "My mom wasn't cool about it. I was too young to be in bed with a girl, so she was upset."

Timberlake was interviewed with his "Friends with Benefits" co-star Mila Kunis -- who says she never suffered the same awkward situation. "I don't think my parents think I've ever had sex," she says.

Though Justin played it coy when asked about being single -- saying he's "not equipped" to talk about it yet -- he did reveal his ideal date: A game of Scrabble.