It may have been an emotional day for Emma Watson, but she was still ready to get her party on after the premiere of "Harry Potter and the Deathly Hallows - Part 2." 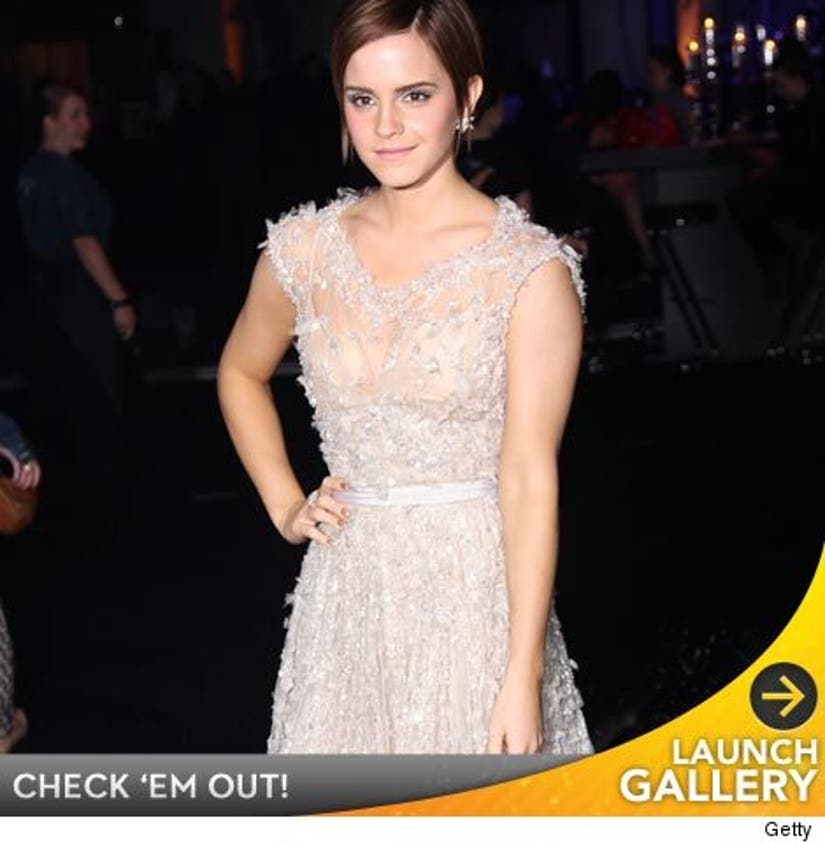 Watson, who was seen tearing up on the red carpet and after the movie, pulled herself together for the movie's official after-party -- where she changed out of her Oscar de la Renta gown for a shorter, Elie Saab cocktail dress.

Surprisingly, there was no sign of Harry himself, Daniel Radcliffe.