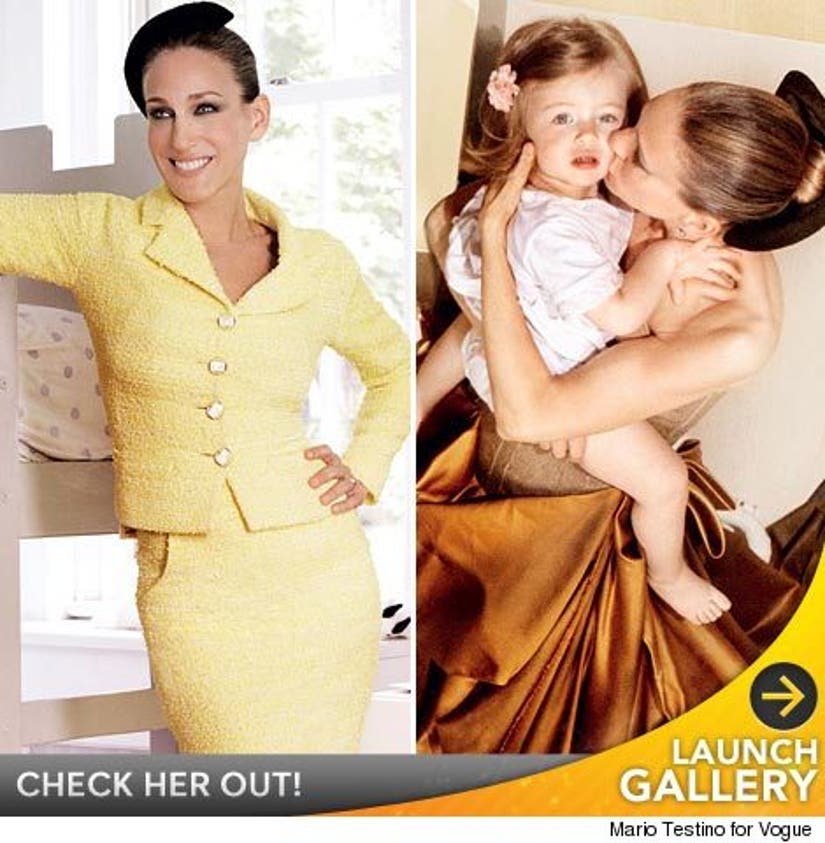 FYI, the bronze gown Parker is wearing on the right is the same Bottega Veneta dress Emma Watson wore last night to the premiere of "Harry Potter and the Deathly Hallows - Part 2."

Inside the mag, Parker opens up about motherhood and the two-year-old girls, who were born via surrogate.

"We don't have any live-in help. We're pretty hands-on parents," says Parker. "That's something that's important to both of us, and we don't shirk it, because what's the point in having a family if you're not going to really participate in it, you know?”

As for the twins, Parker says "Tabitha's very, very outgoing, but physically she's very shy. She shakes in elevators; it's very sweet, like Bambi. And then Loretta is pale, like my husband, with piercing blue eyes. But she's physically bold.”

“I think it's funny how much she looks like my husband,” Sarah says of Tabitha. “Except then I look at Loretta and she has my husband's mouth and sort of sad eyes, you know the kind that go down? The Broderick eyes. They both really look like him.”

Check out more photos above -- and more from SJP's interview at Vogue's website.