The guys on "The Bachelorette" were subjected to one of the crazier dates ever on the show last night: Faux wedding portraits! 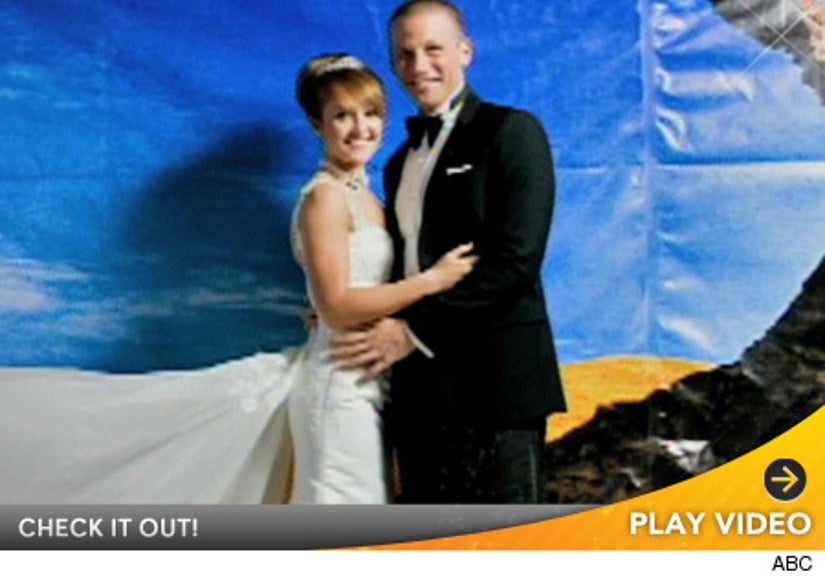 Ashley Hebert -- who already had a fake wedding ceremony with one potential suitor earlier this season -- took three of her final men to dress up and get their wedding photos taken with her in Taipei.

"One of these guys could be my husband some day," Ashley told the camera, "so this could show me what it would be like to get married to each of them."

In the end, Lucas was sent home -- leaving Ames, JP, Constantine and Ben in the running to someday take those fake wedding photos for real.