The worlds of sport and entertainment collided at the 2011 ESPY Awards, which were held Wednesday night at L.A. Live in Downtown Los Angeles.

Professional athletes like Blake Griffin and Serena Williams mingled with stars like Justin Bieber and Ryan Reynolds. It was a rare chance to see athletes out of uniform and suited up. But two people stood out on the red carpet more than anyone else.

Pitcher Brian Wilson wore a spandex suit in Giants colors (orange, black, and white) and sported his trademark bushy beard. But it was actor Jonah Hill who was almost unrecognizable after his dramatic weight loss. Click on the "Launch Gallery" button below for all the photos. 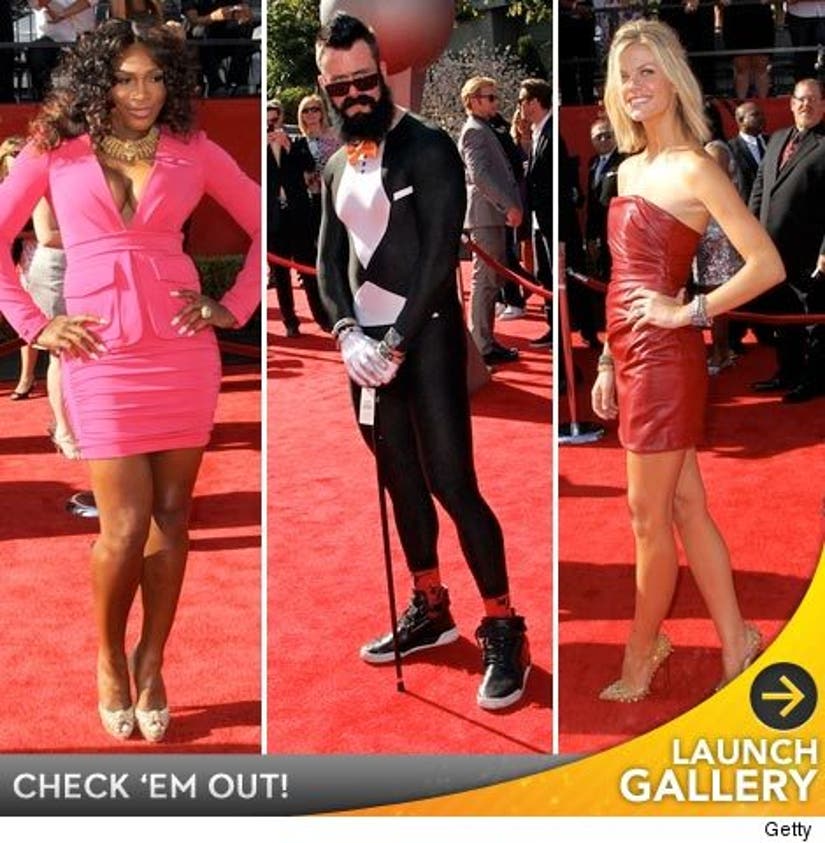