"Glee" creator Ryan Murphy was serious when he said he was cleaning house on the popular musical drama, and now he's named names.

Murphy told The Hollywood Reporter that Lea Michele (Rachel), Corey Monteith (Finn), and Chris Colfer (Kurt) will all be departing the show at the end of next season. Despite being an ensemble cast, Michele and Monteith are considered the show's central couple, and Colfer won a Golden Globe last year for his performance as an openly gay student (he is also gay in real life). 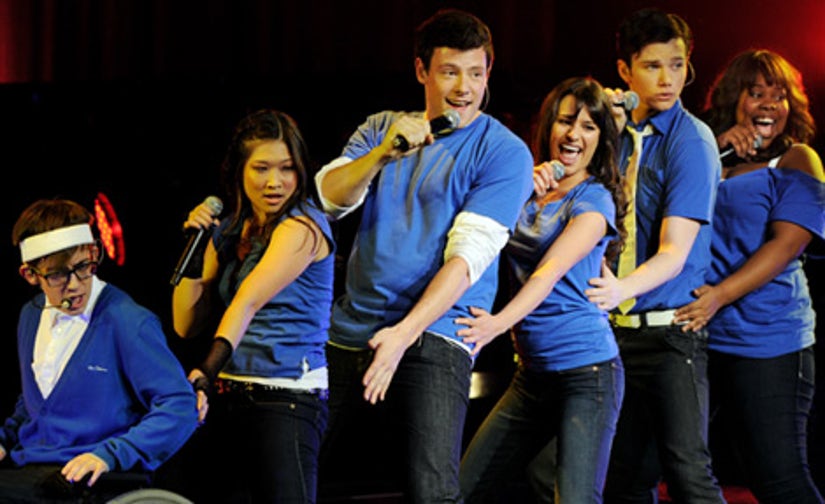 The announcement may be a shock to Gleeks, but none of the student roles were meant to last on the show, where every season portrays a school year. "You can keep them on the show for six years and people will criticize you for not being realistic, or you can be really true to life and say when they started the show they were very clearly sophomores and they should graduate at the end of their senior year," said Murphy.

“We've never done anything by the book,” Murphy added. Who's graduating and who's staying will be revealed in the Season 3 premiere airing on September 20, 2011. “We made that decision and I involved Chris and Lea and they thought that was a good idea. They both trust the writing and trust me and felt that it would be great to have an open and closed experience for them to go out while they were on top.”

More departures are expected to be announced. Murphy previously said that Matthew Morrison (Will Schuester) and Jane Lynch (Sue Sylvester) are the linchpins of the show, and since they are faculty their long presence can be explained. New cast members will be introduced as well.

One character will certainly go out in the spotlight -- Michele's Rachel Berry, who seems to be Broadway-bound. Says Murphy, “I'm much more interested in Lea's character -- not so much on her relationship with Finn, but more on what her dreams are beyond high school and how she plans on getting them."

Another character is definitely getting a diminished role. As previously reported, Chord Overstreet (Sam) did not have his option picked up by Murphy. Are you disappointed by the casting changes? Sound off in the comments below.