The first promo featuring footage from the American version of "The X Factor" is here -- and poor Cheryl Cole is nowhere to be seen in it. 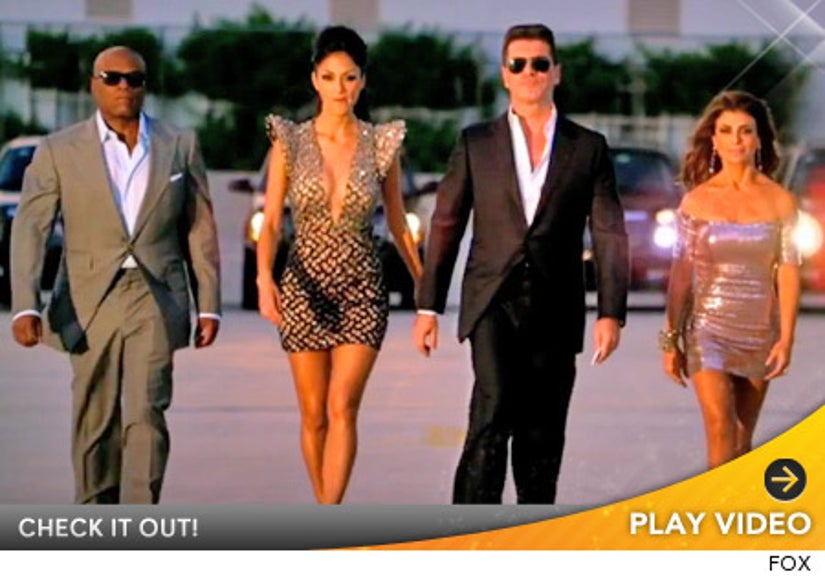 Making the cut for the video are judges Simon Cowell, Paula Abdul, L.A. Reid and Nicole Scherzinger, who took Cole's place after she was booted from the show. Also briefly featured is host Steve Jones.

The promo shows off plenty of bad singers, a few good ones and some really nasty critiques from the judges. Example: L.A. Reid tells one person their audition made him want to "slit my wrists."