David and Victoria Beckham have always chosen unusual names for their children. They named their three sons Brooklyn, Romeo and Cruz. The latest addition to the family, a daughter born last weekend, was named Harper Seven.

Becks took to his Facebook page today to explain the inspiration behind Harper Seven's name. Watch the video below: 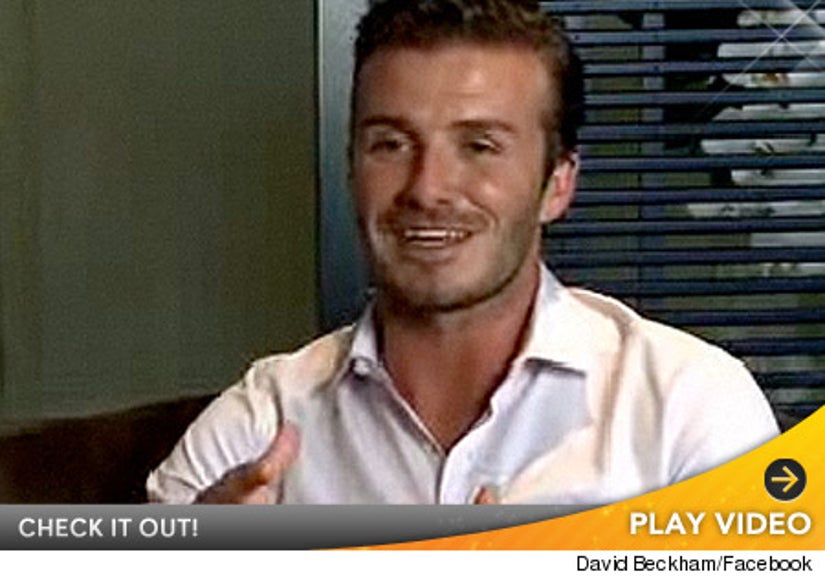 The soccer stud explained Harper's first name was an "old English name" the couple loved. There was a literary inspiration as well -- wife Victoria's favorite book "To Kill A Mocking Bird" was penned by Harper Lee.

As for the baby's middle name, "A lot of people have assumed that it's just because it was my shirt number that I wore for many years, and part of it is," Beckham explained. "Part of it is because I had so much luck around wearing that number, wearing it for England, wearing it for Manchester United -- it was such an influential number throughout my career, and a lucky number, but that wasn't the main reason.

"The other reasons behind 'Seven' were because it symbolizes spiritual perfection, Seven Wonders of the World, seven colors of the rainbow and in many cultures around the world, it's regarded as a lucky number," he added. "We love the name. We love Harper Seven."

"We're very proud of having her in our lives and our family," Beckham concluded. "It's an amazing time for our family right now."

For more stars who gave their children unusual names, check out the gallery below!