Justin Timberlake and Mila Kunis will both be attending the Marine Corps Ball this year -- but not together. 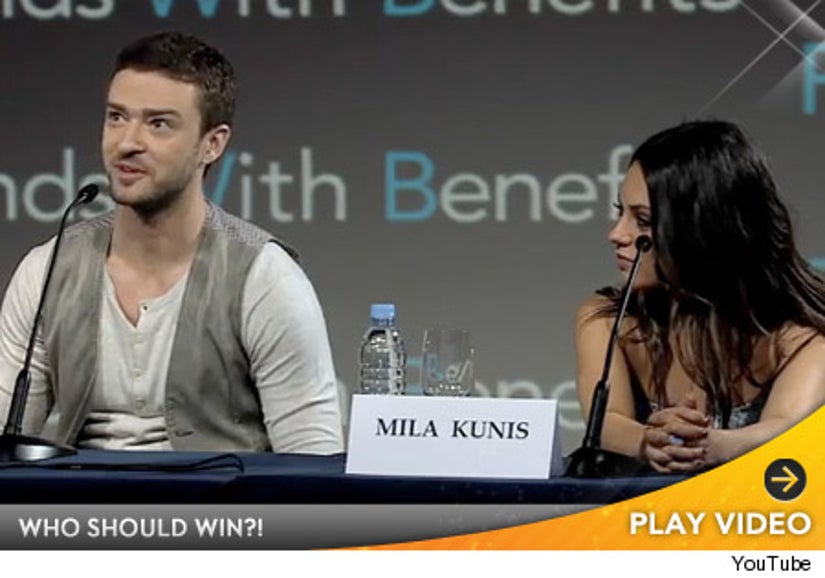 Just days after Mila was asked out, via YouTube, to attend the annual Washington, D.C. event, a servicewoman followed suit and asked her "Friends with Benefits" co-star.

Justin was asked about his invitation at a press conference for the movie yesterday in, where he answered "I'll tell you what: I accept" -- joking that it was "not because she had all those beefcake military guys behind her to intimidate me."

And while rumors were floating around that Mila would not be able to attend, she clarified yesterday, saying she'll be there and has no idea where the rumors started.