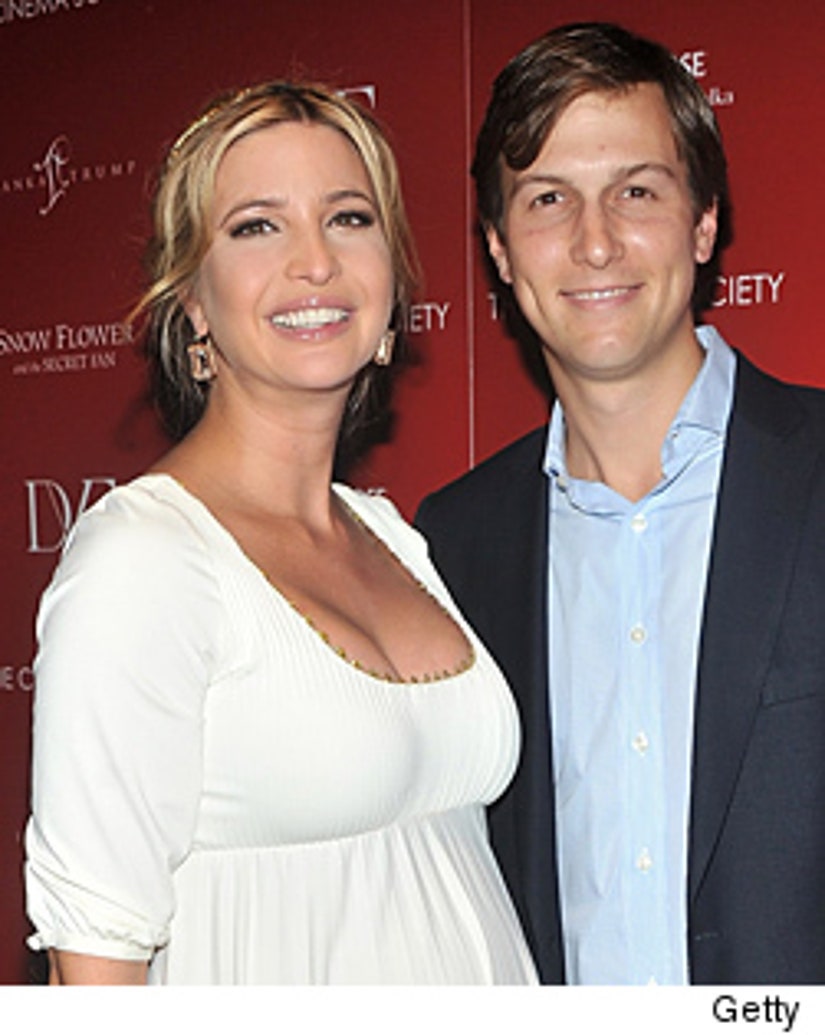 The couple welcomed their first child, a baby girl, on Sunday. The new mom tweeted the news, writing, "This morning @jaredkushner and I welcomed a beautiful and healthy little baby girl into the world. We feel incredibly grateful & blessed. Thank you all for your support and well wishes!"

“I just left the hospital," the proud grandfather announced. "The baby is beautiful and her name is Arabella Rose." Ivanka confirmed the baby's name shortly after via twitter.

Arabella is Donald Trump's third grandchild -- his son Donald Trump Jr. has two children and is expecting a third.

Ivanka, who is an executive vice president within the Trump Organization and a judge on "The Apprentice," wed newspaper publisher Kushner in 2009. Ivanka converted to Judaism to marry Jared.