The new trailer for "Jersey Shore" has everything we've come to expect from the MTV hit -- only this time, the entire gang is in Italy. 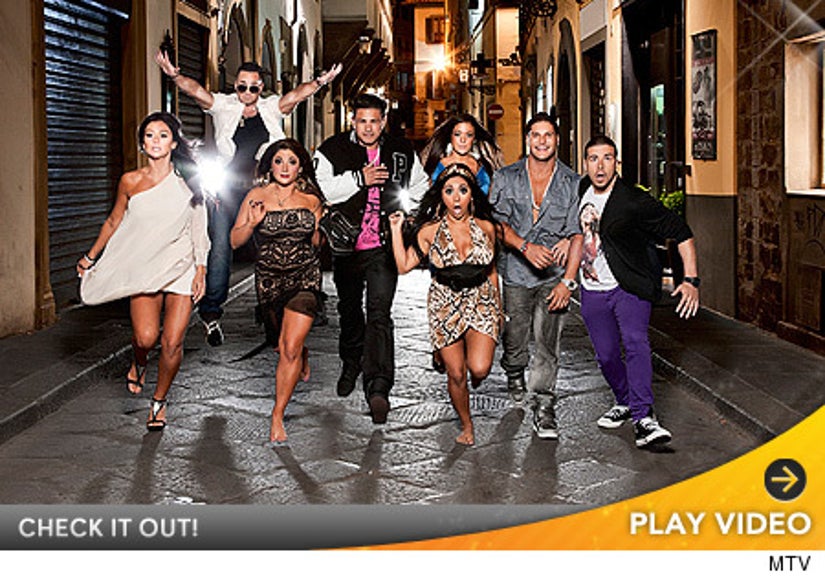 Instead of kicking it at Seaside Heights, Snooki, Jwoww, The Situation, Pauly D, Vinny, Ronnie, Sammi and Deena all travel to Florence, where numerous fights, hookups and even one arrest goes down.

Included in the sneak peek: Snooki's highly publicized car crash with a police cruiser and one epic battle between Ronnie and The Situation -- one that left Sitch with a bruised face.

Watch the trailer above. The new season kicks off August 4.