Thor, Iron Man and Nick Fury gave support to one of their own last night -- as all three hit the red carpet for "Captain America: The First Avenger." 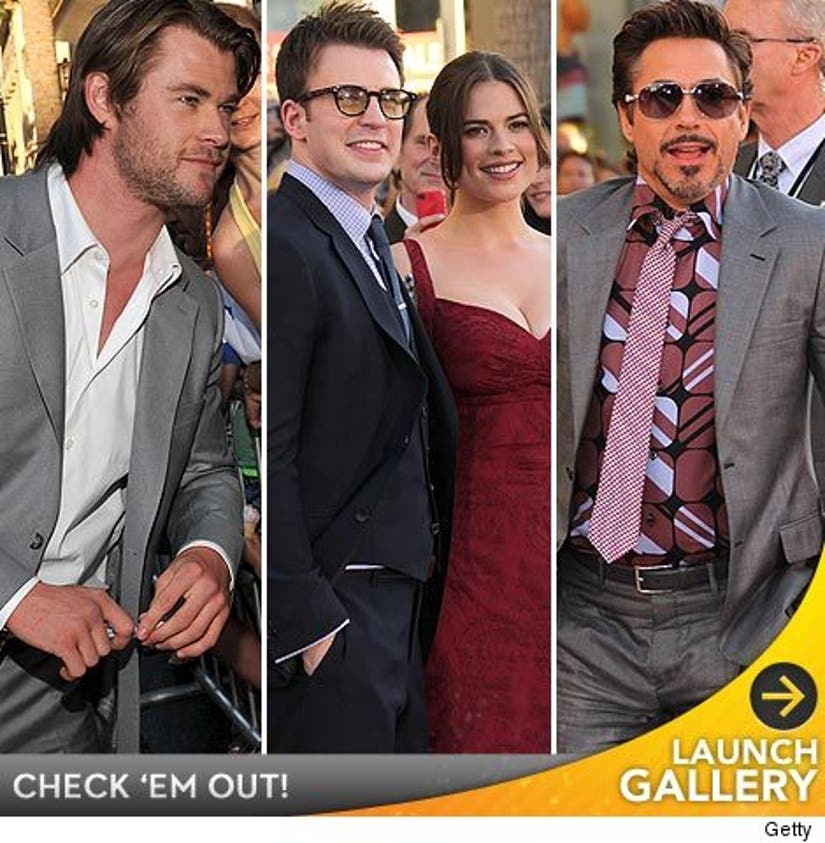 It was a comic book movie star bonanza at last night's Hollywood premiere at the El Capitan theater, where Chris Evans was joined by Chris Hemsworth, Robert Downey Jr. and Samuel L. Jackson -- who will all appear in next year's mega-movie "The Avengers."

The movie opens this Friday.