Robert Pattinson buzzed off his hair ... but only half of it! 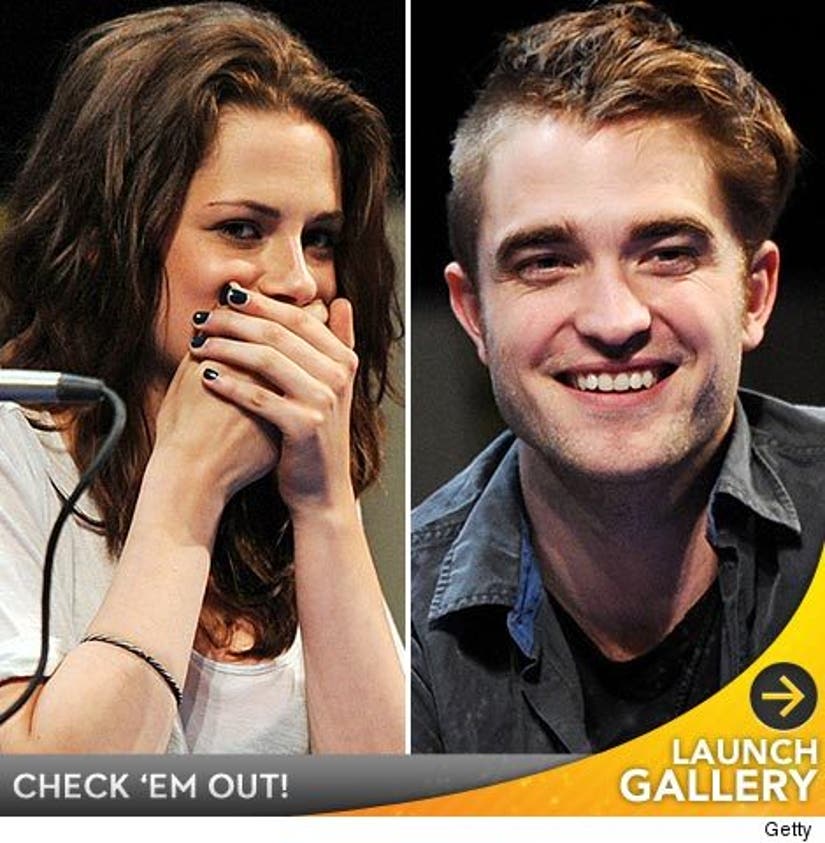 The "Twilight" star showed off his bizarre new look today at the "Breaking Dawn" panel for Comic-Con, where he answered questions about the final movie alongside co-stars Kristen Stewart and Taylor Lautner.

The crazy look is for Pattinson's post-"Twilight" flick "Cosmopolis," but that's not what had fans shrieking in Hall H.

According to the Hollywood Reporter, the Twi-hards went crazy when fans were treated a honeymoon scene -- which "garnered breathless screams after almost every line."

Check out more photos of the cast above -- plus other shots from Comic-Con!