Steven Spielberg had a close encounter of the odd kind at Comic-Con Friday.

The famed director was conducting a panel on his new film "The Adventures of TinTin" when fan John Mazzoni was brought up to the stage. Mazzoni was wearing a gray t-shirt that read: "If possible I would love to meet Steven Spielberg just to shake his hand and say thank you very much."

The two shook hands and exchanged a few words before taking photos. Among those snapping shots -- Peter Jackson (of "Lord of the Rings" fame and "TinTin" producer) -- who posted them on his Facebook page. Check out all the photos from the encounter and more, below. 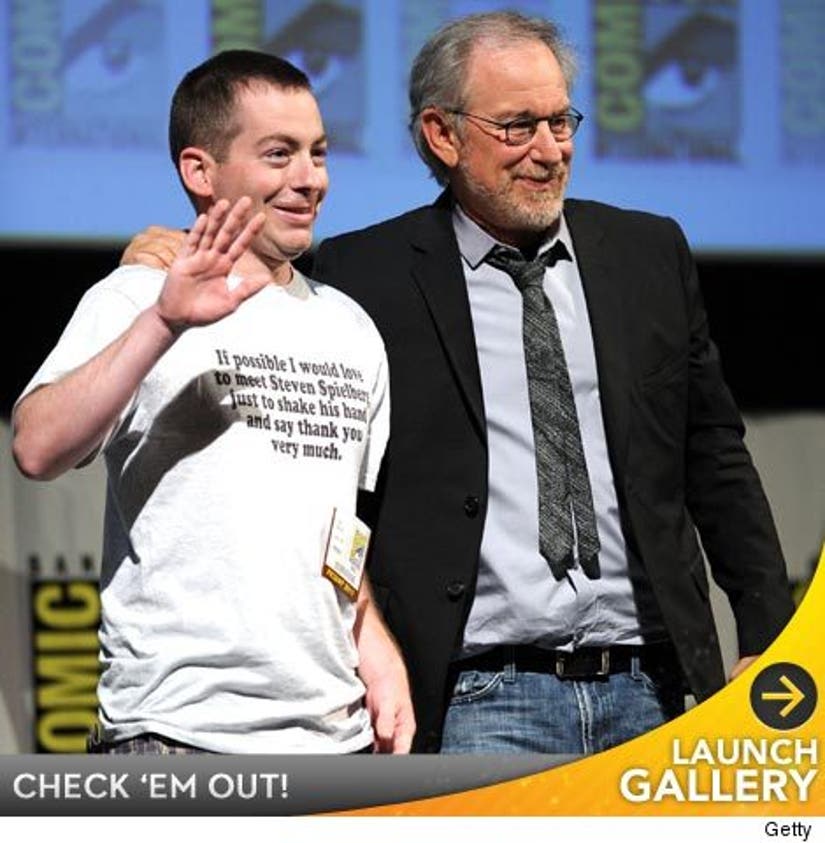 It's rare enough to get one-on-one time with one industry legend, much less two.

Spielberg also dropped some news about "Jurassic Park 4" -- revealing he's got a writer working on it and plans on making it "within the next two or three years."

Would you let someone with your name on his t-shirt shake your hand? Sound off in the comments below.