Kristen Stewart will play Snow White in the upcoming "Snow White and the Huntsman" -- but she's no Disney damsel in distress! 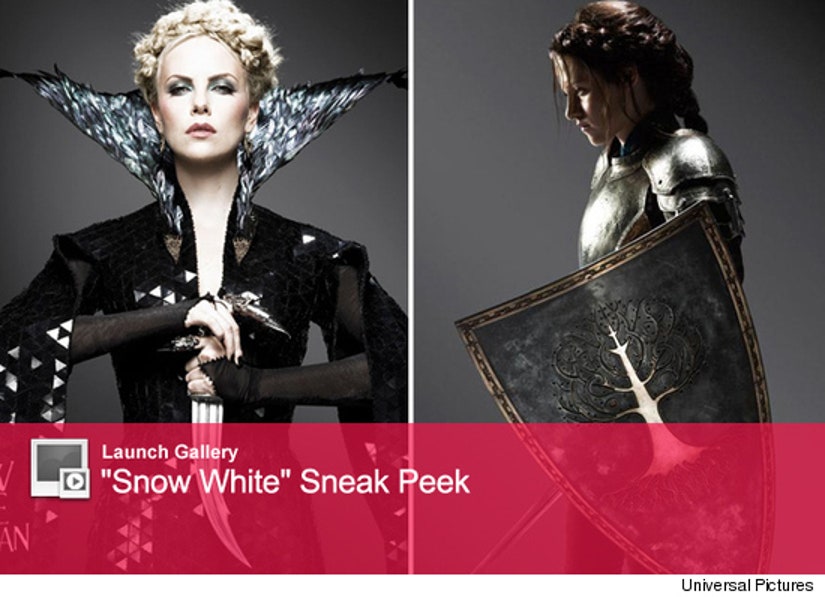 If the new promo art from the movie is any indication, Snow White looks more like Joan of Arc than the type of girl who sits around singing to animals.

The new photos from Comic-Con also show Charlize Theron as the Evil Queen, Chris Hemsworth as The Huntsman and Sam Caflin as The Prince.

The flick looks completely different than the other Snow White movie being made, starring Lily Collins -- check out a sneak peek from that movie in the gallery above, featuring other first looks from Comic-Con!