Will Smith didn't star in a single movie last year, yet he still pocketed a whopping $36 million.

That placed him fourth on Forbes' annual list of Hollywood's Highest Earning Actors. Smith made less than half of the top earning star -- Leonardo DiCaprio. DiCaprio earned $77 million from May 2010 to May 2011, mostly thanks to two films -- "Shutter Island" and "Inception." Last year he was ranked fifth.

Click on the "Launch Gallery" button below to see the other top-earning leading men. 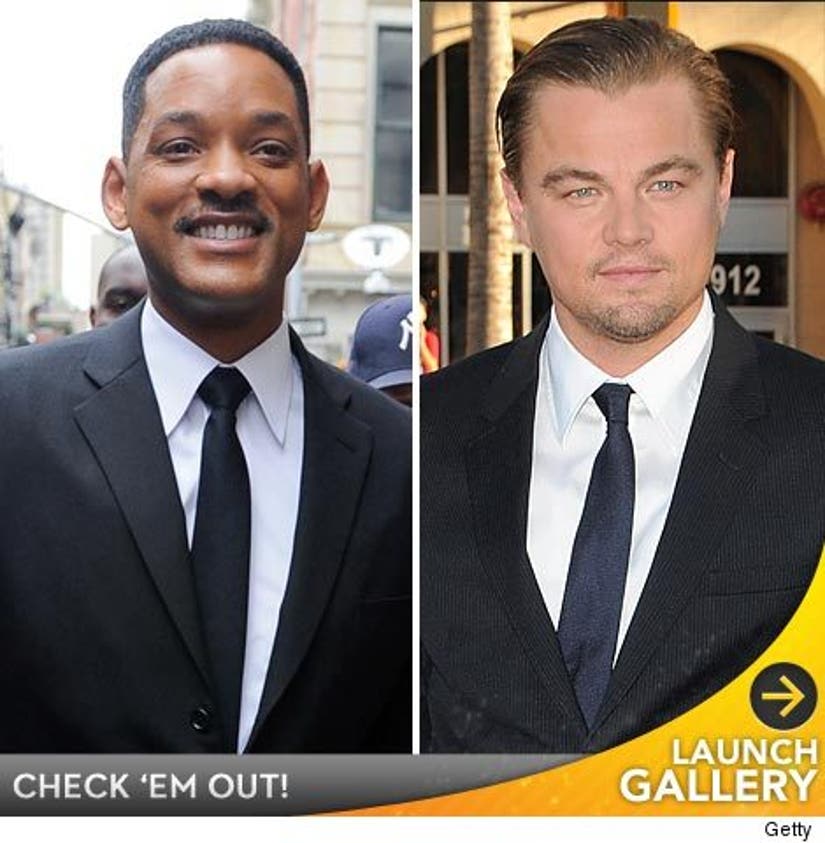 It's no surprise Johnny Depp took the second spot. He earned an estimated $50 million from "Pirates of the Caribbean: On Stranger Tides."

Comedians helped round out the rest of the top 10. Adam Sandler came in third with $40 million, Ben Stiller came in sixth with $34 million, and Tim Allen came in tenth with $22 million -- mostly from "Toy Story 3," which also boosted no. 5 Tom Hanks' income significantly.

For your information, Pitt was out-earned last year by both his current and former flames: Angelina Jolie was the top-earning actress with $30 million, while Jennifer Aniston made $28 million.

As for Will Smith, acting is now a family business. He made his millions off of the success of his son Jayden's "Karate Kid" remake (the elder Smith produced). Next year, expect Smith's income to get a big boost when "Men in Black III" comes out.

Do you think these are worth every dime? Tell TooFab in the comments below!