Everyone wanted Ryan Reynolds and Sandra Bullock to get together again after "The Proposal" -- and last night, they did just that. 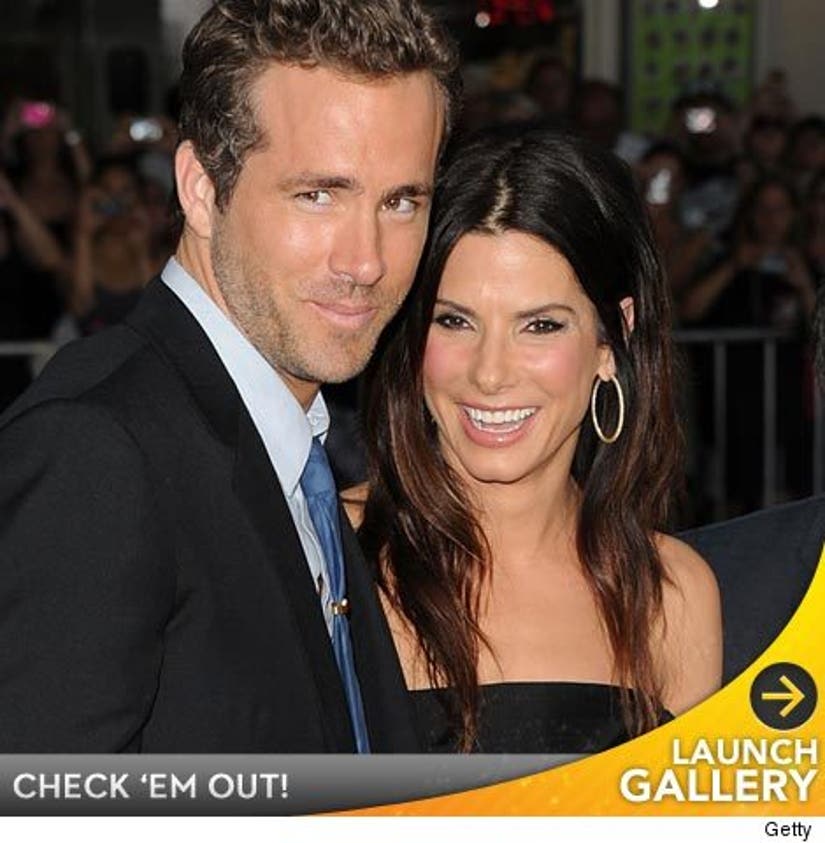 The single twosome was spotted on the red carpet side-by-side on Monday night for the premiere of Ryan's latest film, "The Change-Up."

The two, who quickly became friends during the 2009 romantic comedy, looked cozy next to each other, smiling for photographers.

Though they were both married when making "The Proposal," rumors swirled they were dating after Ryan split from Scarlett Johansson and was seen with Sandy at a New Year's Eve party. They denied the gossip.

Likely nothing more than one friend supporting another here ... but it's nice to dream.

Check out the gallery above for more shots of Ryan and Sandra, plus Jason Bateman, Olivia Wilde, Leslie Mann, Jonah Hill and more!