Britney Spears has been picking some lucky men out of the audience of her Femme Fatale tour for a special lapdance during each show -- and last night that lucky man was her boyfriend!

With his hands handcuffed behind his back and a pink boa around his neck, Jason Trawick was on stage during Brit's show at the Nassau Coliseum in New York on Tuesday, as she wrapped her legs around his neck as part of her racy concert.

Though he's seen the show numerous times, Jason still looked surprised on stage ... with Britney telling the crowd "He's never coming back" during the performance. 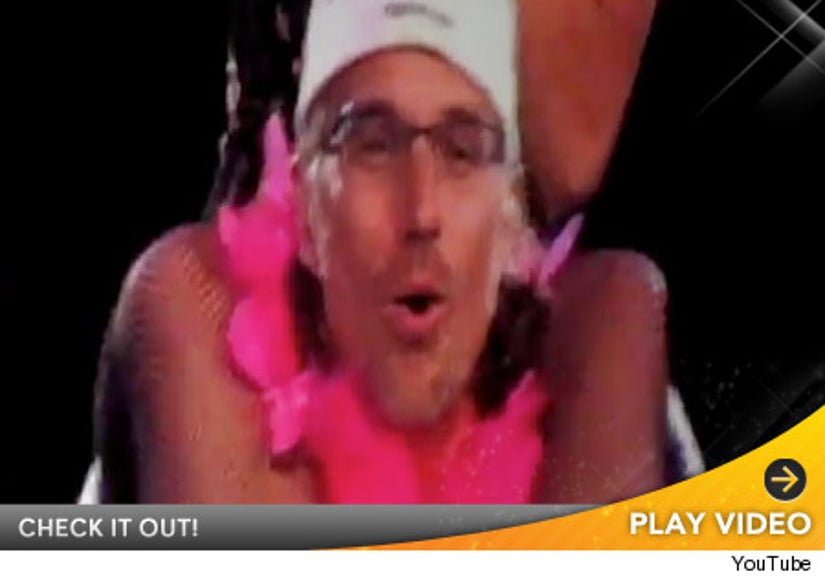 Check out the video one fan posted on YouTube above!