Nick Jonas just keeps getting older and older with the ladies he's locking lips with -- and this weekend in Hollywood, he was kissing a woman 20 years his senior! 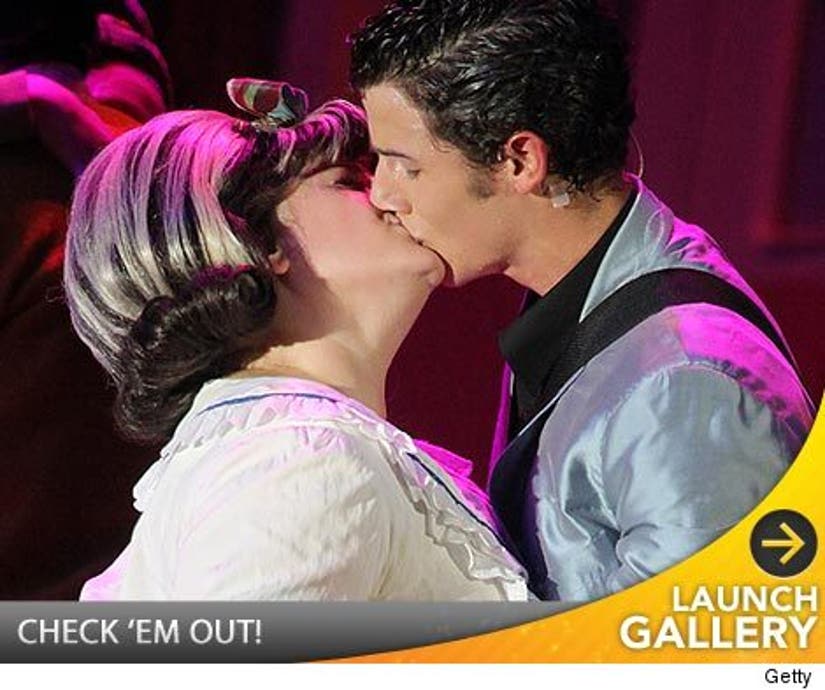 There's no real love connection here though, as Jonas planted a wet one on 38-year-old Marissa Jaret Winokur during a celeb-cast performance of "Hairspray" at the Hollywood Bowl last night.

Jonas' real-life girlfriend, 26-year-old Delta Goodrem, was in the audience for the show -- and Nick, who played Link Larkin in the production, set the young girls in the audience into a frenzy whenever he walked on stage.

Winokour played originally played Tracy Turnblad on Broadway before going on to "Dancing with the Stars" and host "Dance Your Ass Off."

Check out the photos above.