Hollywood's hottest young stars gathered for the 2011 Teen Choice Awards last night -- and we've got you covered with all the shots from inside the show and on the blue carpet.

Justin Bieber and Selena Gomez packed on the PDA, while there was a mini "Harry Potter" reunion between Tom Felton, Rupert Grint and Robert Pattinson. Taylor Swift took photos with everyone! Click on the "Launch Gallery" to see all the photos below: 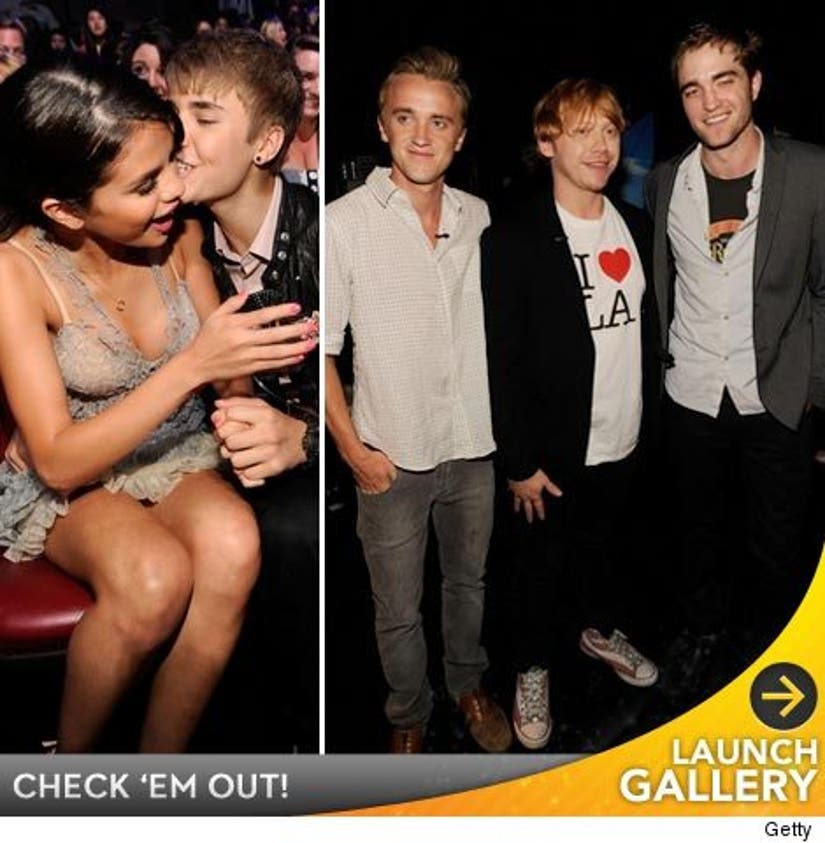 For those of you who missed the show, one of the biggest highlights came from Ashton Kutcher. The new "Two and a Half Men" star was living a "Teenage Dream" last night -- and sang the song to prove it! 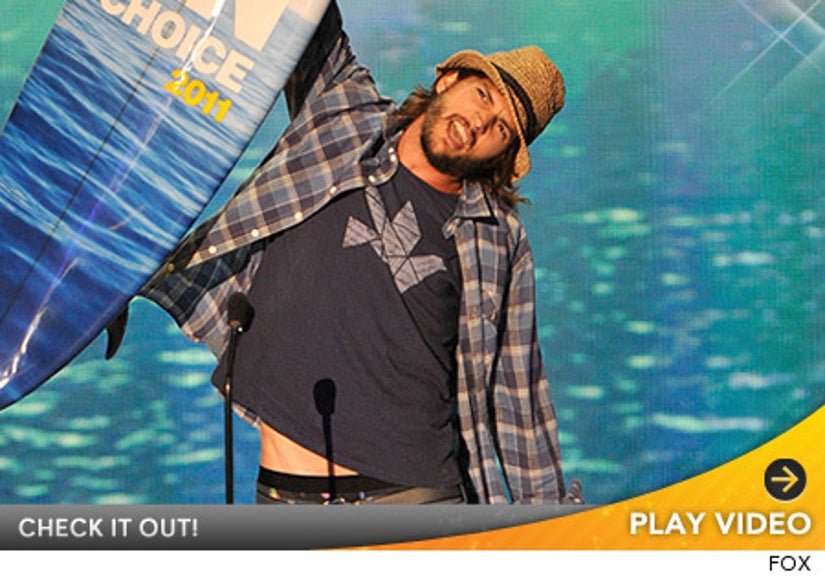 The 33-year-old star picked up Choice Movie Actor Romantic Comedy for "No Strings Attached" last night at the 2011 Teen Choice Awards -- and after imparting some useful advice about never using a credit card unless you have the money to back up your purchases, he broke into Katy Perry's hit song.

His speech turned into a giant singalong as the entire audience joined in.

Finally there was both good and bad fashion on the red carpet.

See who made the best dressed list, including Blake Lively and Cat Deely (they could be sisters!): 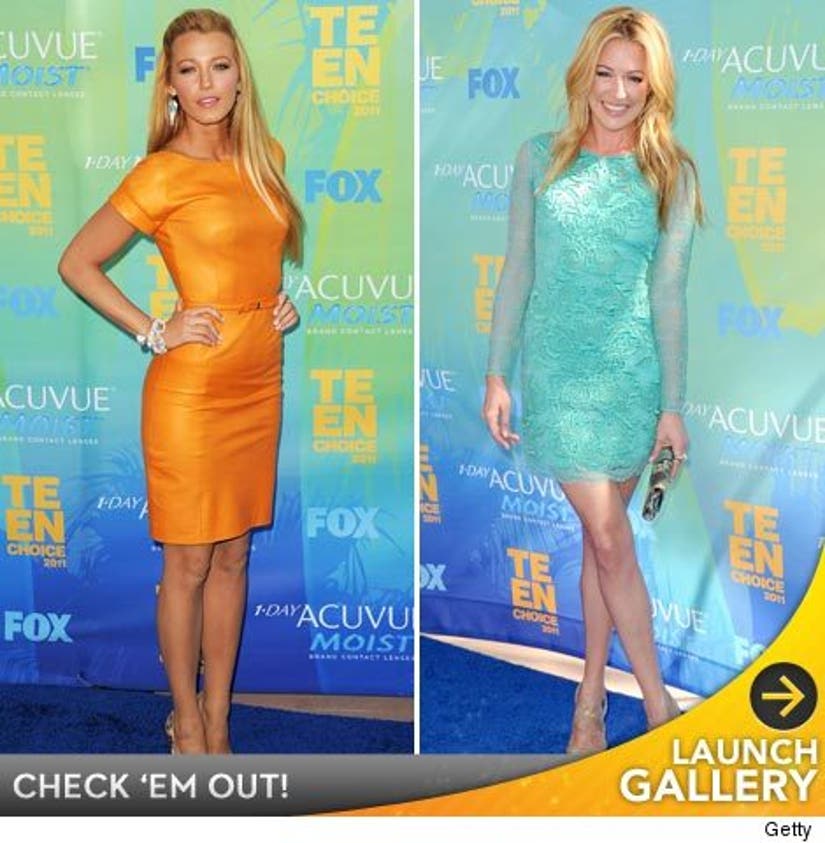 Unfortunately, Tyra Banks and Alexa Vega were among the stars who looked totally inappropriate for a teen show. See our worst dressed list below: 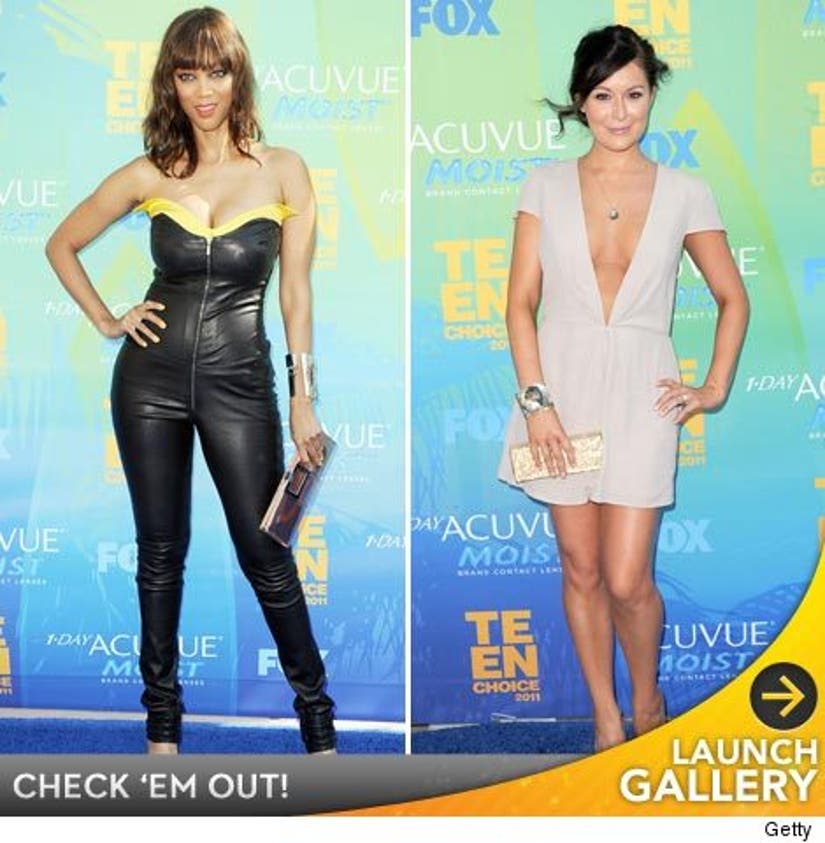