We've got a double dose of "Hunger Games" updates for you today -- including two brand new shots from the flick! 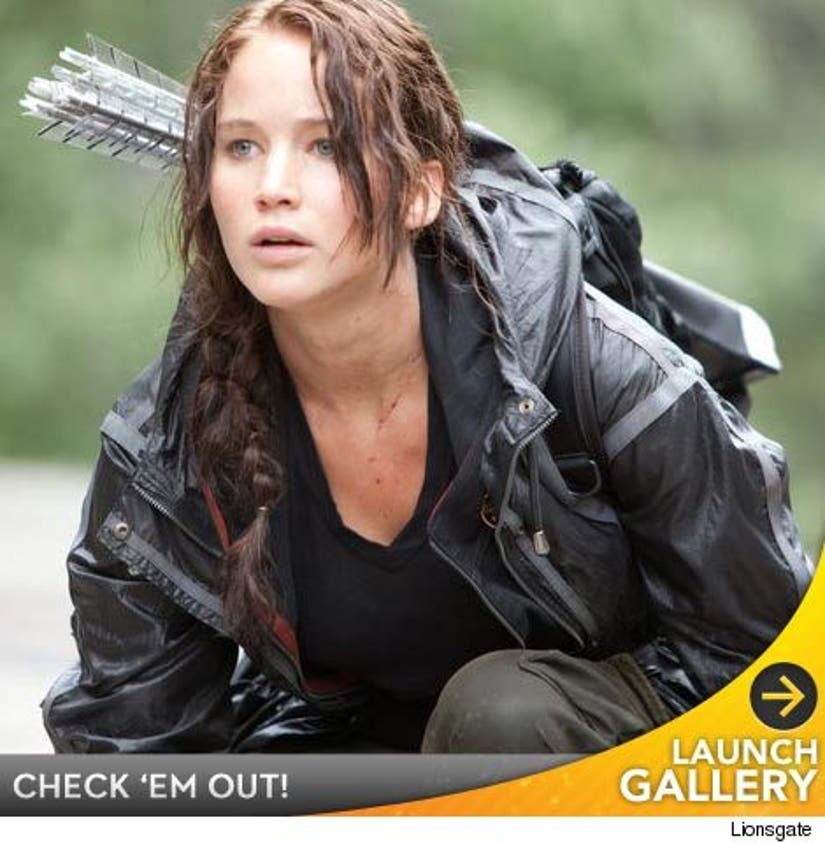 Lionsgate released two new pics today, one showing Jennifer Lawrence in action as Katniss Everdeen and another of a bloody Josh Hutcherson as Peeta Mellark -- both presumably taken during the Battle Royale-like Games.

Check out the two new pics, plus shots as Liam Hemsworth as Gale above!

While we've yet to see even a teaser trailer for the first movie yet, which opens March 23, 2012, Lionsgate also just announced the release date for part two, "Catching Fire." The movie will drop over a year later, on November 22, 2013.

Who else is excited?