The cast of Marvel's upcoming superhero flick "The Avengers" assembled at the D23 Expo in Anaheim, California over the weekend.

Stars from other Disney movies, including Smulders' "How I Met Your Mother" costar Jason Segel were on hand, too. Click on the "Launch Gallery" button below to see all the photos. 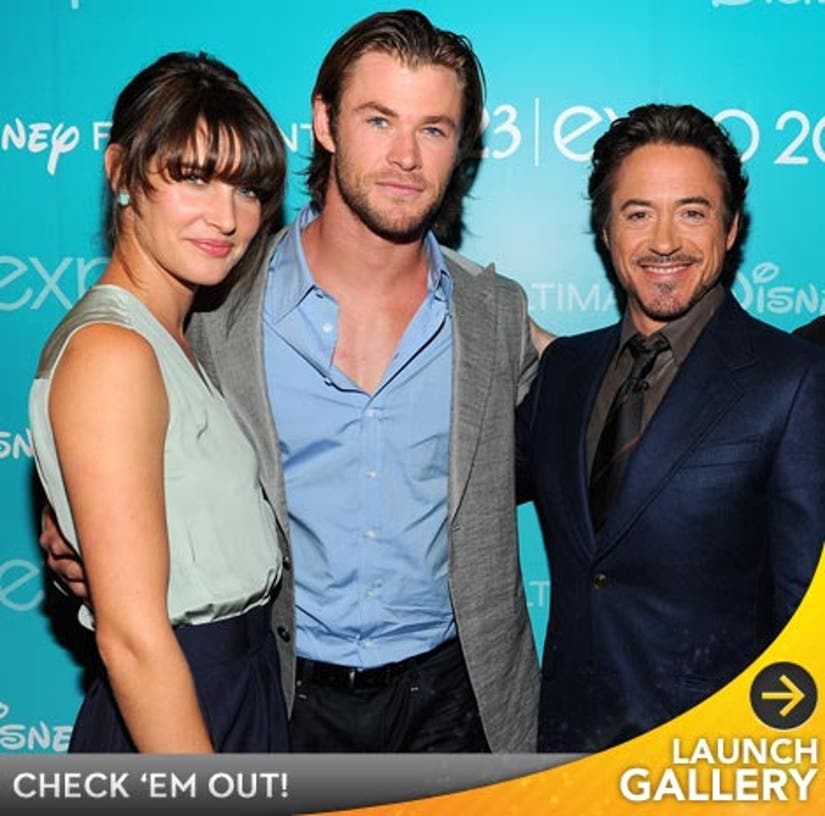 Filming for "The Avengers" continues to film in Cleveland, where residents have been treated to fight scenes and massive street explosions.