After sitting the third "Underworld" movie out, Kate Beckinsale is back ... with a vengeance.

Check out the brand new trailer for "Underworld: Awakening," which is slated for January 2012. 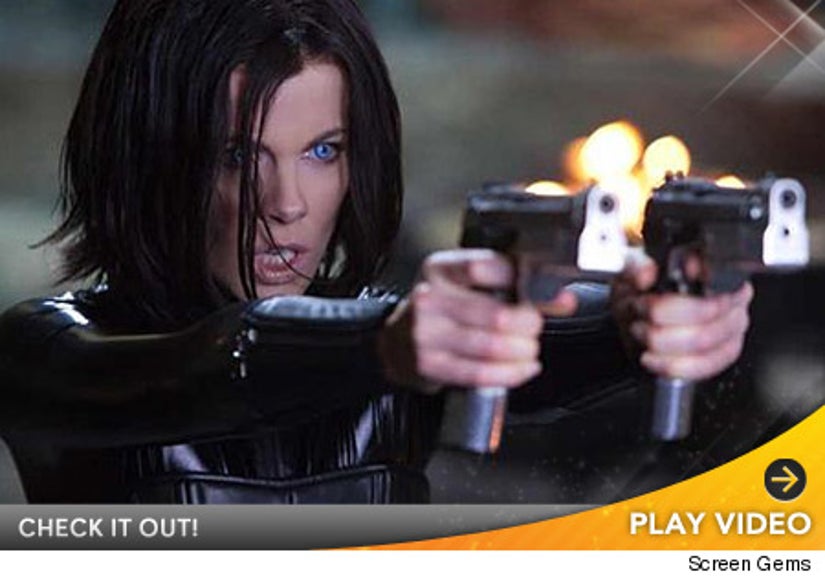 In the trailer, Beckinsale's character Selene awakens from twelve years in stasis. She quickly dispatches her captors before escaping.

At the end of the clip, she asks "Where's Michael?" -- her werewolf/vampire hybrid from "Underworld: Evolution." Since Scott Speedman is not currently on the cast list, we assume he's not in "Awakening," but that doesn't mean there's not any male eye candy, with British hunk Theo James joining the film.

Are you excited about a new "Underworld" film? Tell TooFab in the comments below!