Megan Fox is well-known for her many body tattoos, but she's getting rid of her most noticeable one -- a portrait of Marilyn Monroe on her right forearm. 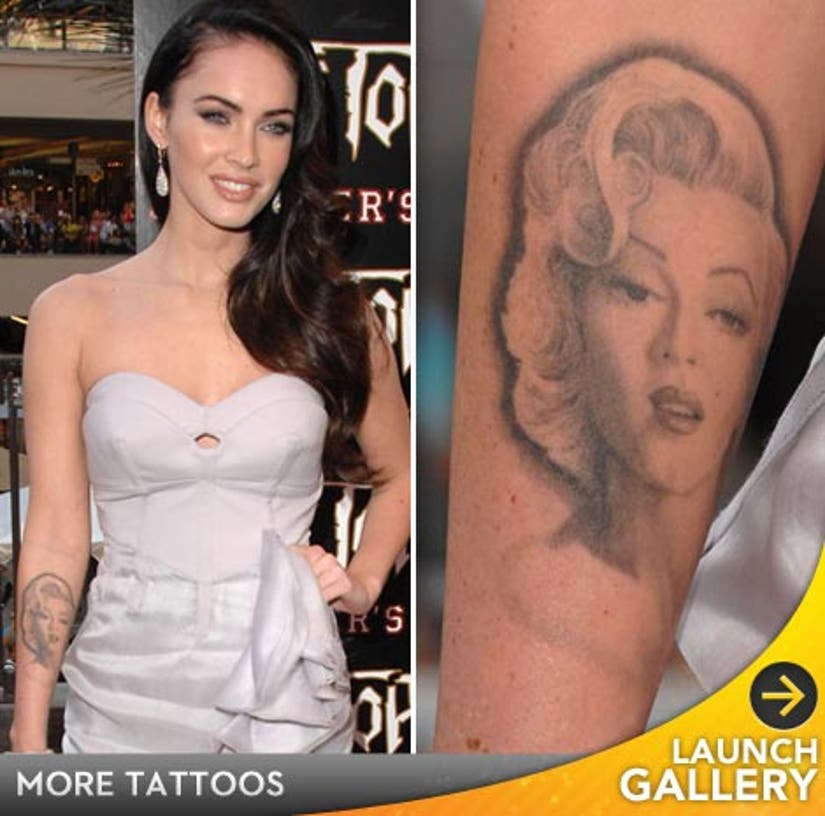 "I'm removing it," Fox told Italian fashion magazine Amice. "She was a negative person, she was disturbed, bipolar. I do not want to attract this kind of negative energy in my life."

The 25-year-old actress had her Monroe tattoo covered by make-up in "Transformers" and gloves in "Jennifer's Body."

She's been undergoing laser treatments to remove the body art, a process she says hurts.

Fox is keeping her other tattoos for now, including a Shakespeare quote on her shoulder that reads "We will all laugh at gilded butterflies," a tribal tattoo on her left wrist, and a star on her left ankle. Click on the "Launch Gallery" button above to see her tattoos.

"I did it when I was 16-years-old because I was a fan of Britney Spears," Fox admits. "The only time I tried to imitate someone else. But then I thought it was tacky and so I removed it when I turned 20."