Jim Carrey has played some creepy roles in the past -- "Lemony Snicket" anyone? But a new video taped by the comedian himself may be his creepiest to date.

In the video, which appears to be shot in front of a webcam, the actor confesses his love for starlet Emma Stone. Carrey is 27 years older than his 22-year-old object of affection, but that doesn't stop him from pouring his heart out. Click on the "Launch Video" button to see his full message: 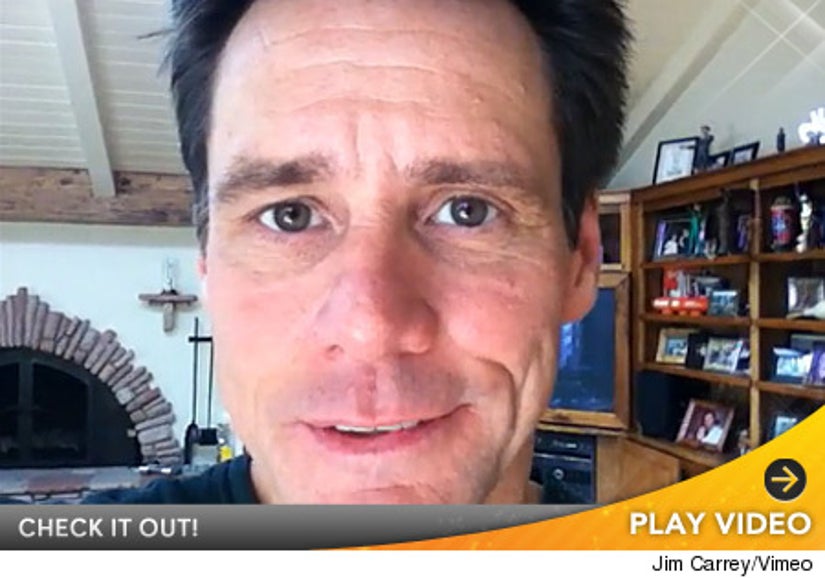 "Emma, I think you're all the way beautiful. Not just pretty, but smart and kind-hearted. And if I were a lot younger, I would marry you," Carey starts. "We would have chubby little freckle-faced kids, we'd laugh all day long, go camping and play Yahtzee."

Later, when he talks about getting intimate with her, he looks distracted, as if he's envisioning being with her. Gross!

"And every day, for the rest of your life, you would thank God that I was the appropriate age for you," Carrey continues. "But I'm not. I'm 49. I have lines on my face, sometimes a little gray in my beard, and it takes me a little bit longer to pee than it used to."

At the end of the tape, he whispers, "I love you. I do," before his chin begins quivering uncontrollably and the video fades to black.

Knowing Carrey, this is (hopefully) one big joke. But is it appropriate, especially knowing Carrey has dated younger women (he dated twenty-something "Top Model" contestant Anchal Jones earlier this year)?

What do you think of Carrey's video? Hilarious or creepy? Tell TooFab in the comments below!