Two popular former castaways are joining the upcoming season of "Survivor" -- and we know who they are.

Ozzy Lusth and Benjamin "Coach" Wade will join sixteen other castaways in the Samoa for "Survivor: South Pacific." Lusth and Wade have each played "Survivor" twice before -- Lusth was the runner up in "Survivor: Cook Islands." Wade's best finish was ninth in "Survivor: Heroes vs. Villains" (he was considered a "villain"). The heavily-tattooed Wade, an avid storyteller, dubbed himself "The Dragon Slayer." 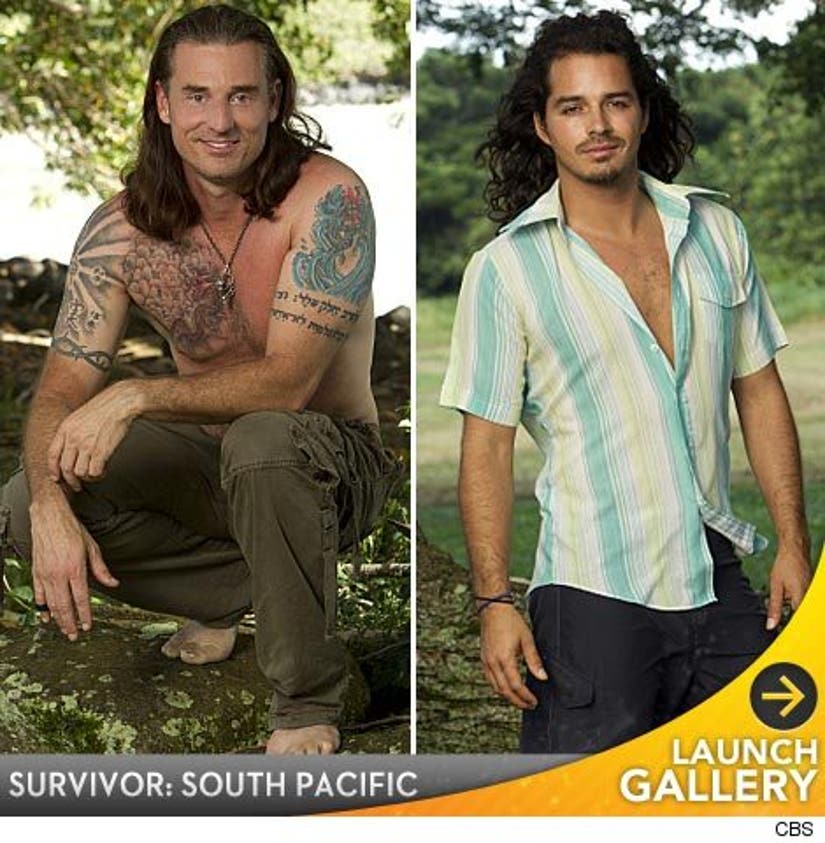 One of the new castaways already has "Survivor" ties. 19-year-old Brandon Hantz is the nephew of "Survivor" arch-villain Russell Hantz.

Other notable contestants include 27-year-old country star Whitney Duncan, and 2008 Miss America second runner-up Elyse Umemoto, and Playboy model Mikayla Wingle, who was charged with a DUI in 2009. Click on the "Launch Gallery" button above to see photos of all 18 castaways.