Tennis star Rafael Nadal is stripping down once again ... and we're not complaining.

The 25-year-old sports stud shows off his impressive body in two new shots for Armani's Fall 2011 ad campaign -- one for the company's underwear division and another for Armani Jeans. 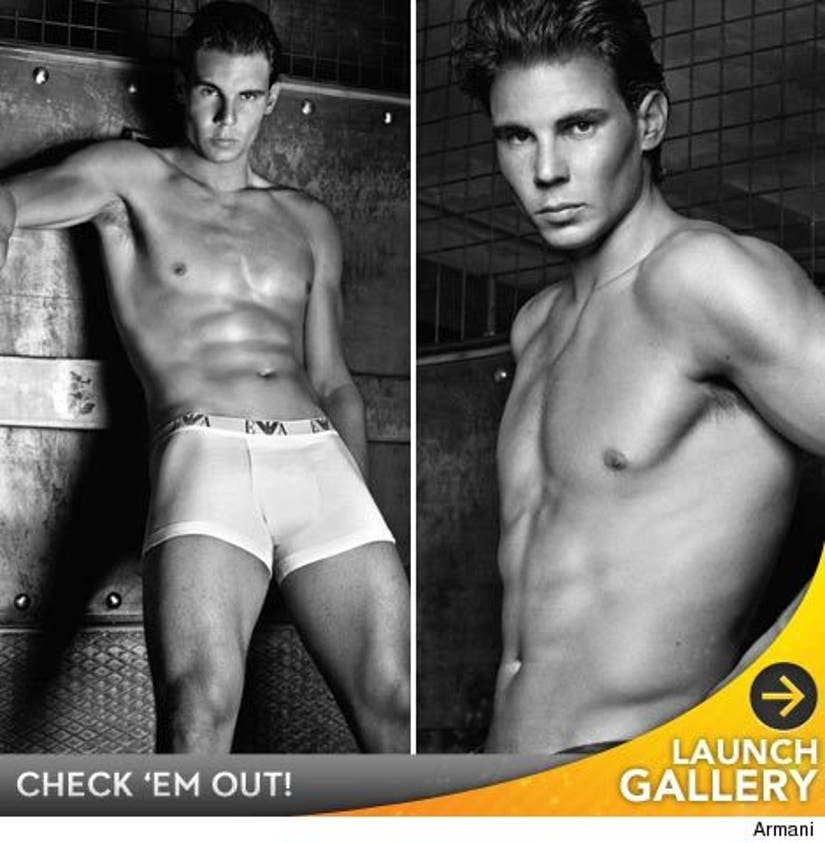 This isn't the first time Nadal has taken off his clothes for the designer -- he's been posing for them since January.

Rafael follows in some sexy footsteps, as both Cristiano Ronaldo and David Beckham got down to their underwear for previous ads.

Check out both of Nadal's new shots, plus the sexy pics of Ronaldo and Beckham, above!