Angelina Jolie and Brad Pitt already have six kids -- so, are they ready to take it to the next level with a secret wedding? 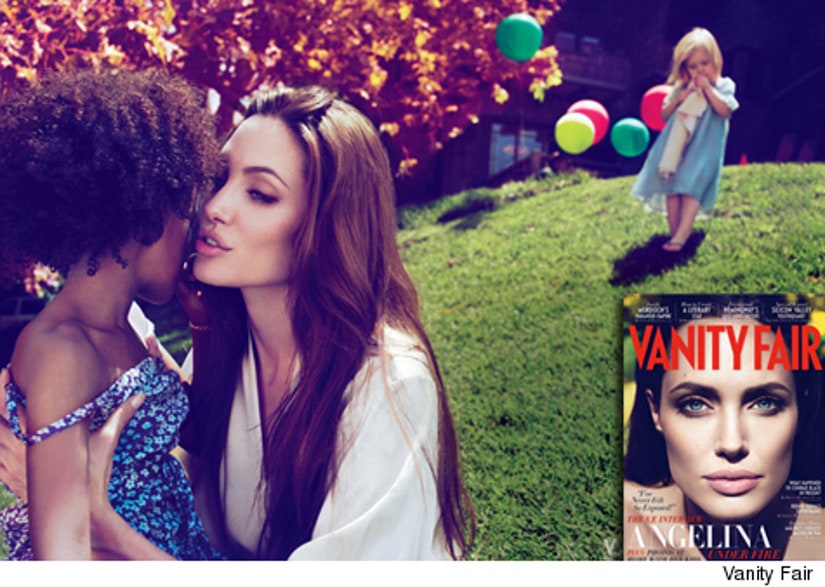 "No secret wedding” Jolie tells Vanity Fair's October issue, which includes the gorgeous shot above of Angie with daugthers Zahara and Vivienne.

There's also no plans to expand the family ... yet ... with Jolie adding “I'm not pregnant. I'm not adopting at the moment."

The only thing the 36-year-old is focused on right now: Her screenwriting and feature directorial debut, "In the Land of Blood and Honey."

According to Jolie, Brad would "come in and say what he liked or what he didn't understand ... He's been so supportive. But it's hard to separate the person that loves you from the critic, so I don't think he's a fair judge.”