Veteran sitcom Ed O'Neill received a star on the Hollywood Walk of Fame Tuesday afternoon, where he was joined by not one, not two, but three of his wives!

Two of them were from his TV shows: Katey Sagal, who played Peggy Bundy on "Married ... With Children" for eleven years, and Sofia Vergara, his bombshell bride Gloria from "Modern Family."

Also in attendance was Ed's real-life wife Catherine Rusoff, and their two daughters Sophia and Claire, as well as cast members from "Modern Family." Click on the "Launch Gallery" button to see all the photos: 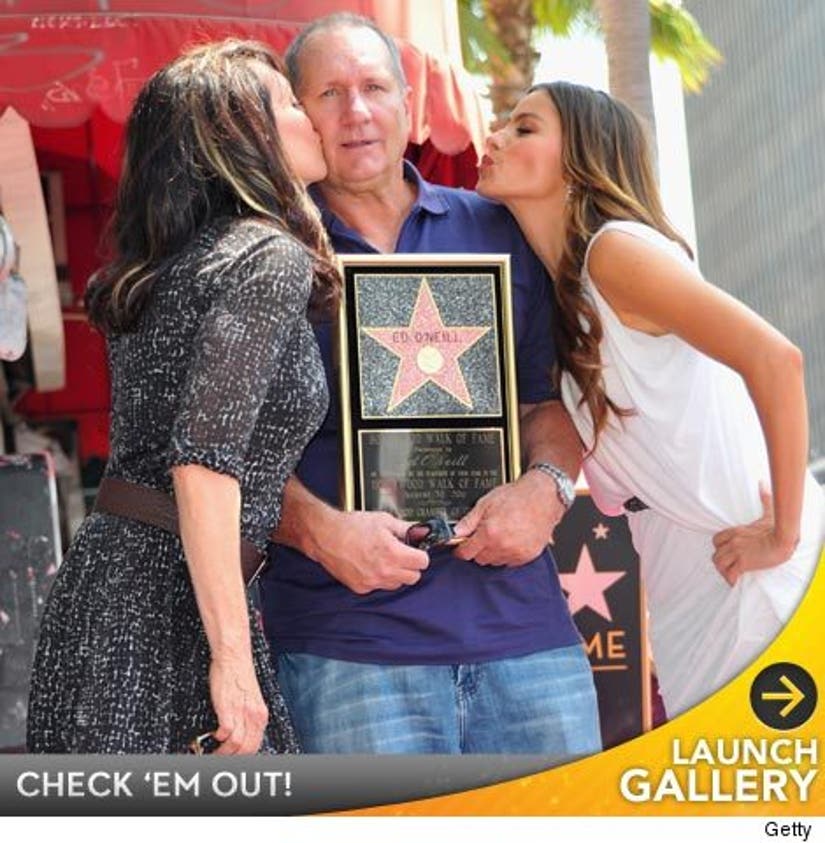 Who looked better? Vergara or Sagal? Tell TooFab in the comments below!