The Karadashians are ready to take New York ... again. 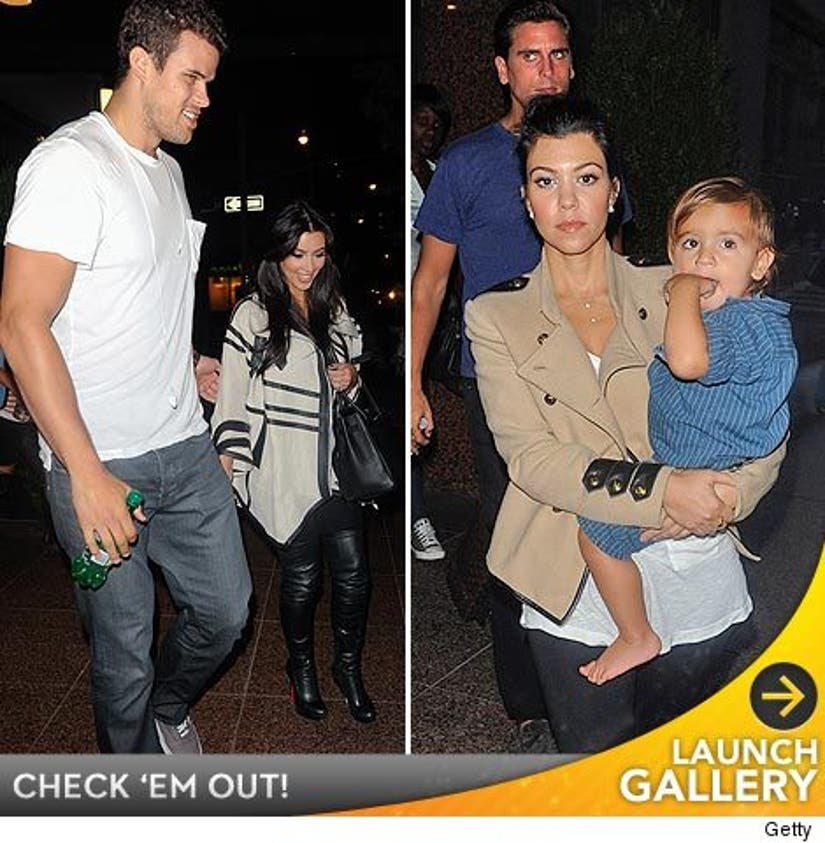 Kim & Kris will spend their first months of marriage living together at the Gansevoort Park Avenue, where they'll reportedly stay in a $7,000-a-night penthouse. Not too shabby!

Though they're in NY for their own show, both Kardashian sisters were tweeting about another reality show last night: "Dancing with the Stars," which brother Rob will be competing in.

Last night, Kim tweeted "So excited my bro @RobKardashian is gonna be on Dancing With the Stars! Good luck Robbie! I just hope u do better than me...not too hard!LOL"

Kourtney shared in the brotherly love, writing "My bro @RobKardashian is doing Dancing With the Stars!So excited to see his butt in some spandex shaking all over the dance floor!TEAM ROB!"