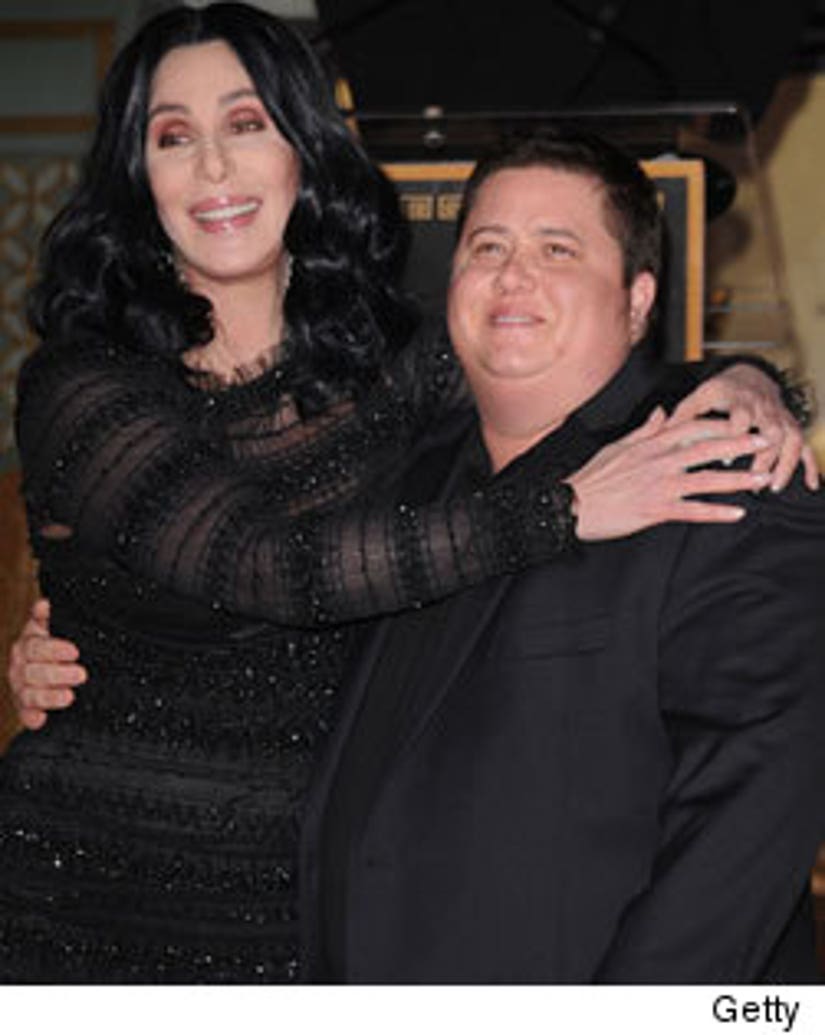 The Web has been abuzz after it was announced that Chaz Bono will be competing on the upcoming season of "Dancing With the Stars."

Some of the feedback around the show's first transgendered contestant has been negative, and Chaz's mother Cher isn't having any of it.

"Lovelies! Chaz is Being Viciously Attacked on Blogs & Message boards about being on DWTS!This is Still America right ? It took guts 2 do it," Cher tweeted Wednesday.

“I support him no matter what he chooses 2do! God! will there always be haters! It took COURAGE 2 do dwts ! TG Chaz has an Unlimited supply,” she added. "Mothers don't stop Getting angry with stupid bigots who [expletive] with their children!"

Cher has been an outspoken supporter of Chaz, who was born Chastity Bono to her and the late Sonny Bono. Chaz's transition to male became legal last year.

Chaz has been paired up with pro Lacey Schwimmer, and don't be surprised to see Cher in the audience or even performing on the popular ABC reality competition.

"Dancing With the Stars" returns to ABC on September 19.

Are you excited about the upcoming season of "Dancing With the Stars?" Tell TooFab in the comments below!