The Kardashian sisters are continuing their media blitz with a sexy new ad campaign for their Kardashian Kollection fashion line.

Famed photographer Annie Leibovitz shot Kourtney, Khloe, and Kim in various outfits from their new line, which can be found at Sears. The line includes everything intimates to dresses to shoes, with nothing costing more than $70. One of the shots features the girls in their underwear, but thankfully they aren't writhing on the floor in grease. Click on the "Launch Gallery" button below to see the photos: 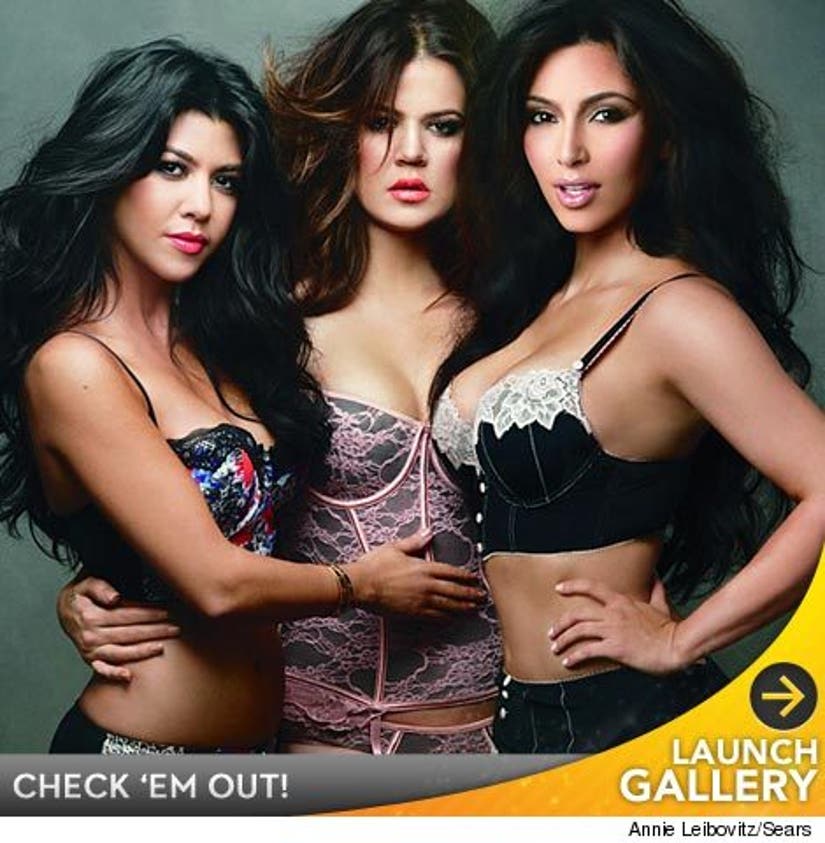 The sisters have already gotten into some heat over their line. In a press release, they referred to themselves as Kardashian "klan," a spelling commonly used by white supremacists. It also doesn't help that their first names create the initials KKK.

They have yet to respond to the PR blunder, but knowing them, any press is good press!

And although it looks like Kim may have been digitally superimposed into the ad, she actually was at the shoot, which this video proves: