If Minnie Driver's new beau looks familiar, it's because he famously locked lips with Britney Spears.

Britney seduced model Matthew Felker in her "Toxic" music video, pulling him into an airline bathroom stall and making out with him. You may have also seen him in Gap and Versace ads.

Driver got some lip service of her own with the long-haired looker over the weekend in Malibu. The 41-year-old actress flaunted her beach bod while she and Felker (who's ten years her junior) poured on the PDA.

Kudos to Minnie for getting her groove on with a young, hot model. Unfortunately, the odds are against them working out. Just ask Halle Berry, Jennifer Aniston, Kate Winslet and others who had model boyfriends before things went south. Click on the "Launch Gallery" button to see more celebrity-model couples. 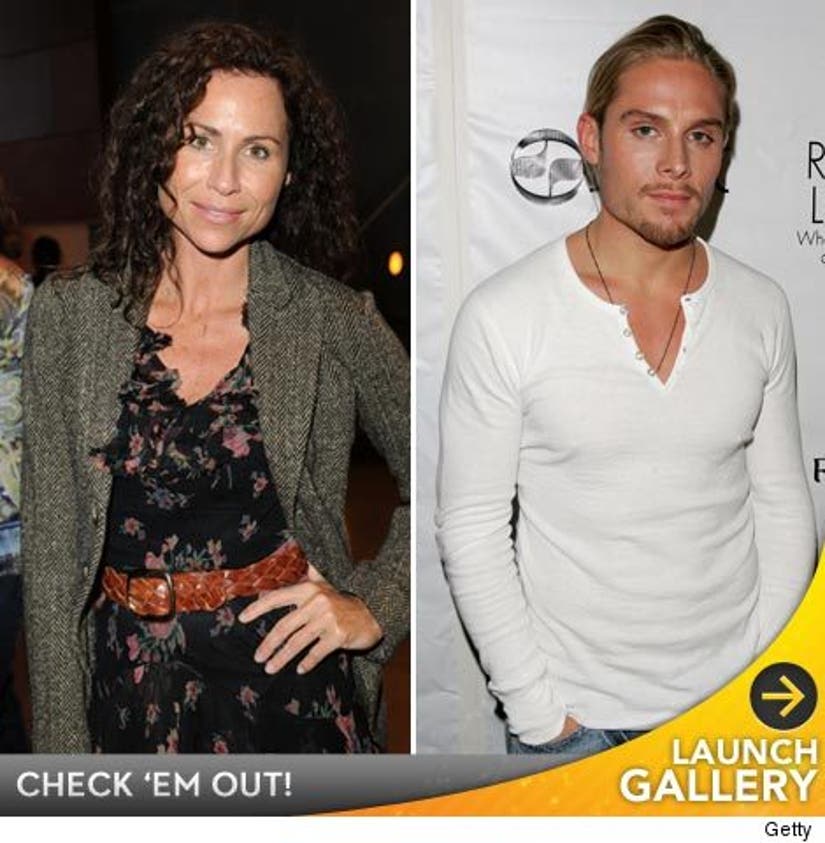 Could you date a male model? Tell TooFab in the comments below!